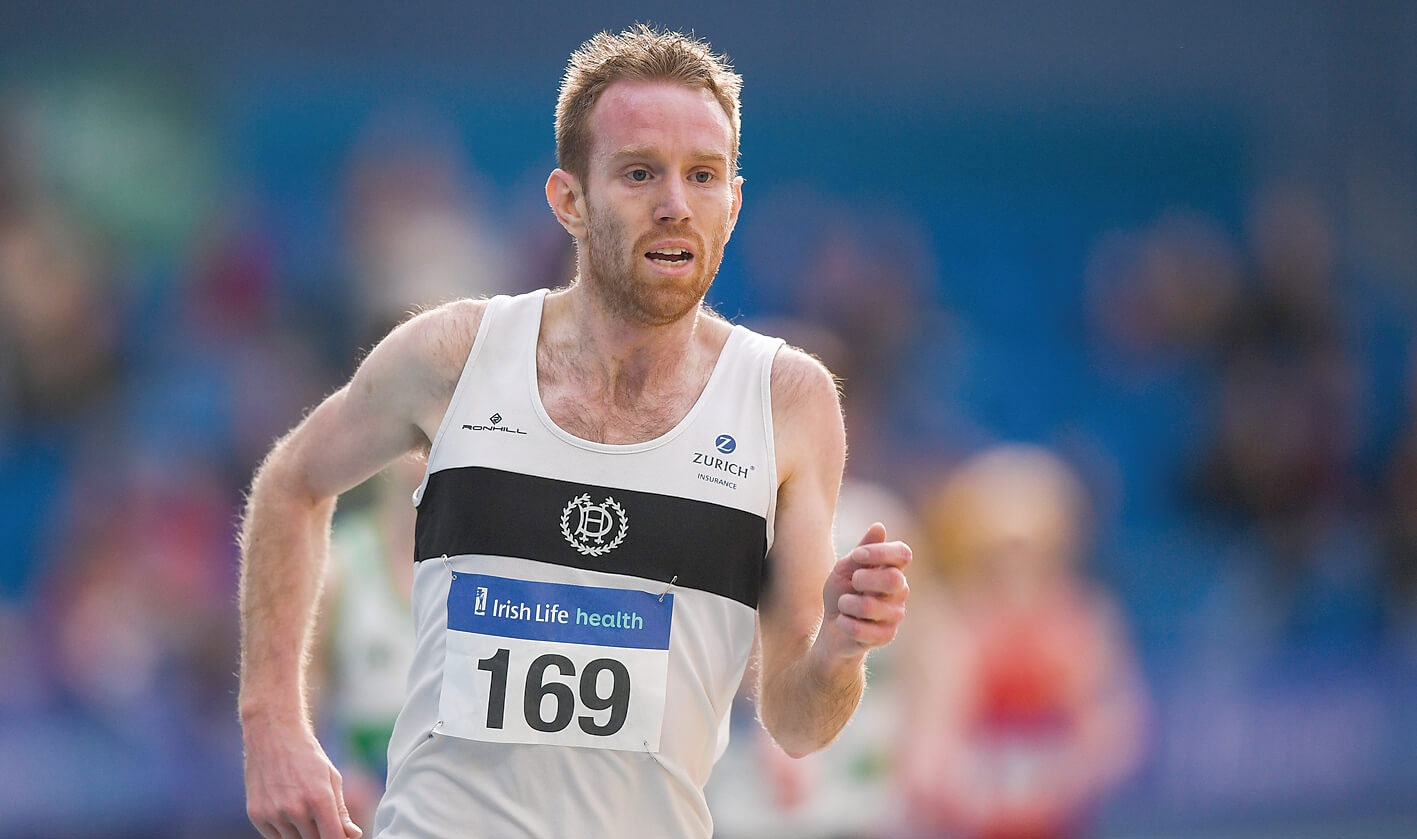 DONORE Harriers star John Travers has been selected for the 16-strong Ireland team to compete in the European Indoor Championships to be held in the Emirates Arena in Glasgow from March 1-3, after he ran a superb tactical race to win the National Senior Indoor 3000m title on Sunday.

With the National Indoor Arena at Abbotstown buzzing in anticipation of a good contest, it was Travers who took out the early pace, which whittled the front group down to just five athletes that included Donore clubmate Daragh Fitzgibbon.

Just before the 2km mark Brian Fay of Raheny Shamrocks overtook at the front with  Paul Robinson of St Coca’s AC in pursuit, Travers in third position and Fitzgibbon fifth.

This victory for Travers followed hot on the heels of his sub 4-minute mile performance at the AIT Grand Prix meeting at Athlone.

Donore’s other medallist at the National Indoor Championships was Aoife Lynch in the 200m.

She qualified from her heat in second place in a time of 24.71, and placed third in the final in 24.83 behind winner Rhasidat Adeleke (24.13) of Tallaght AC.

Paul McDermott (22.07) won his heat in the Senior Men’s 200m, but injury prevented him from taking his place in the final.

Zak Higgins (51.26) missed out on qualification for the final when placing third in the sixth and final heat of the men’s 400m.

Ailbhe Healy cleared 2.60m in her first attempt at the senior women’s Pole Vault, but three failures at 2.75m saw her finish in 10th position.