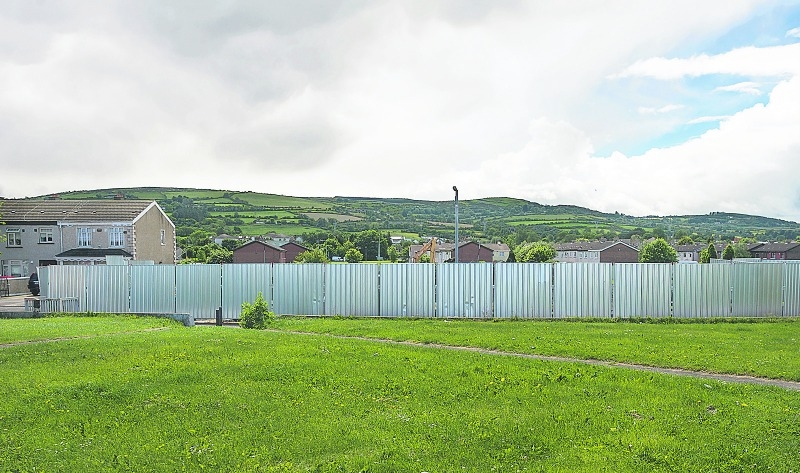 Two-year housing delay in Jobstown put down to ‘red tape’

CONSTRUCTION work has only now commenced on a 14-unit infill housing development in Jobstown, which was passed by councillors in June 2015 in an attempt to provide housing locally.

Due to “red tape” and a lengthy process at Government level, the council’s intention to quickly respond to the housing crisis has taken two years.

And, with construction work expected to last 14 months, it will be late 2018 before families move in.

Back in 2015, South Dublin County Council proposed to build a 20-unit housing project on the green-field site off Dromcarra Avenue and at the intersection of Kilclare Crescent, Kilclare Gardens and Dromcarra Grove in Jobstown.

However, after consultation with residents and elected representatives, and the receipt of 166 submissions, many of which called for the protection of one of the area’s “last green spaces”, the project was scaled down.

The council redesigned the in-fill housing scheme to include 14 three-bedroom homes – with the proposal passed by elected representatives in June 2015.

Tallaght South Labour Party councillor Martina Genockey told The Echo: “At the time this was not an easy decision for councillors.

“We understood that people living in the area wanted to keep their green space, but we were inundated with calls every day from people looking for homes and we had to take that into consideration.

“However, after everything and all of the work put in by the council to redesign the development we were left sitting on the project for two years [after it was passed].

“There are so many stages with the Department [of Housing, Planning, Community and Local Government] to get the money and the council was forced to go through so many stages . . . there is just so much red tape.

“It’s just not good enough. We have a housing crisis and it takes the Department two years to allocate the money for a project that is ready to go.

“This is why the council is now going towards the rapid build module, there is less process.”

She added: “This development will be carried out properly for the community and the new families that move in . . . and the council will keep an eye on the development and ensure it is maintained.”