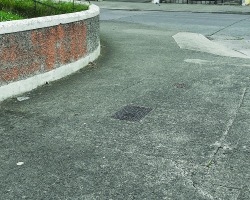 Vandals cause major health and safety risk for residents

VANDALS tampered with fire hydrants in Ballyfermot on Monday night – wasting gallons of water and creating a major health and safety risk in the process.

Dublin City Council were forced to send contractors out to tighten the hydrants, which are required to be at a certain pressure for Dublin Fire Brigade, in the event of a fire.

The incident occurred at a number of residential locations in close proximity, including Ballyfermot Avenue, Cloverhill Road, Croftwood Road and Kylemore Avenue.
People Before Profit Councillor Brid Smith, was enjoying a pint after taking part in the Vincent Brown People’s Debate in Drimnagh on Monday night, when she received calls from concerned residents.
After first calling Irish Water to report the leaks, she was subsequently asked to contact the council.
Slamming the vandalism as “deliberate and destructive”, Cllr Smith urges residents to be on the lookout for this “disruptive” behaviour.
Cllr Smith said: “We have to watch out if any young fellas are messing with fire hydrants. If there was a fire, the fire brigade would have trouble accessing water. Hydrants require a special cross bar to open, you wonder where that was sourced.
“I’d ask parents to be alert and vigilant to this disruptive and destructive behaviour, which also wasted gallons of good quality treated water.”
Apex Fire Ltd, a leading fire detection and consultancy provider, said a specialist key and bar is required to open fire hydrant.
Joe Reilly, from Apex Fire Ltd, said: “It wouldn’t be easy to buy in stores, as it has a more limited use – normally used by fire brigades, local authorities and emergency services. However, it could possibly be bought online.
“The water has to be kept at a certain pressure. A trickle of water is no good for the fire brigade when they need access to high pressure water immediately. Whoever is doing it, probably doesn’t know the potential danger they are causing.”
A spokesperson for DCC said: “Our Water Services Section were called to the area last night as a result of hydrants being tampered with and left running, as a result seven hydrants were turned off in the areas referred to in your query.”