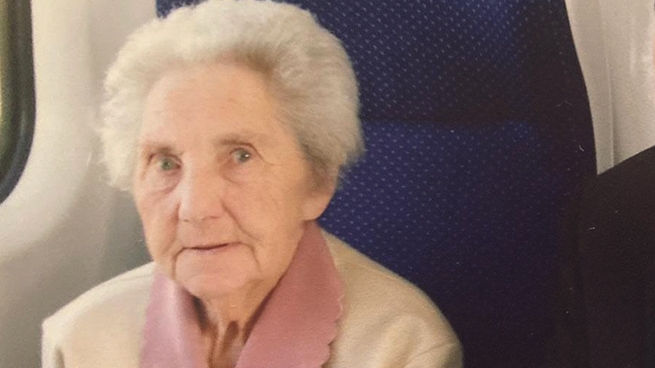 Volunteerism was a huge part of Peg’s life

Tallaght resident Aidan Thomas this week writes in tribute to Peg O'Neill who passed away on July 1.

The last living member of the Preston family, Peg O’Neill, sadly passed away on July 1st.

Peg was born in 1924 on the Greenhills Road later moving to 1 Colberts Fort where she resided until her marriage to Des O’Neill.

She studied nursing in London as she was inspired by her mother’s (Nurse Preston) outstanding midwifery services delivered to expectant mothers on her bicycle - how times have changed.

Her father, a hard-working man, drove the Blessington tram.

Peg and Des moved to ‘Crosswinds’ on the Belgard Road and reared four children, entertained the youth of Belgard and even had room for a donkey. .

In 2004, as the infrastructure in Tallaght grew, Crosswinds was demolished to make room for both the Luas and the Katharine Tynan road. The couple then moved to the Main Road in Tallaght.

Peg was heavily involved within the Tallaght community. She volunteered with numerous organisations from The Tallaght festival to ICA.

Volunteerism was a huge part of her life. As a trained nurse, she valued education and used her multitude of skills to help in organisations such as Barnardo’s.

She was an integral part of Barnardo’s in Tallaght referred to fondly as Nanny Peggy.

Faith played a big role in Peg’s life. As a regular mass goer, a Eucharistic minister and reader she undoubtedly played an active part in the church community.

With an interest in so much, she enjoyed life to the full. An avid sport’s fan and a great dancer. Peg and Des were keen dancers – and kept themselves young and healthy on the dance floors of Ireland.

A central figure in the family she will be sadly missed by her devoted children, grandchildren and greatgrandchildren.

Des O’ Neill and the extended O’ Neill family would like to thank the exceptional staff in Tallaght Hospital, Millbrook Manor Nursing Home and the many carers who have cared for Peg throughout the years.

A special mention to the wider Dominican community for organising a fitting send-off for Peg.