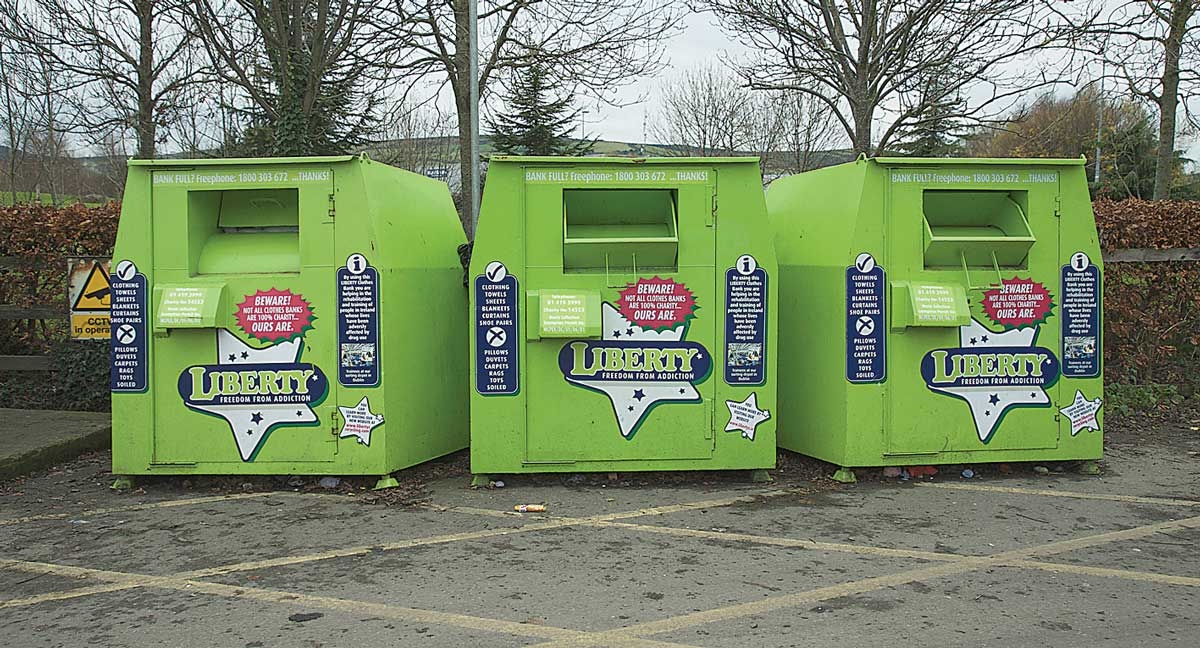 Volunteers frustrated over delay in removal of clothing banks

A COMMUNITY group has described being “beyond frustrated and disappointed” at a three-month delay in the removal of clothing banks from Sean Walsh Park in Tallaght, as the dumping of clothing around the area of the bring banks has become a regular occurrence.

Volunteers from Tallaght Community Council (TCC) and Tallaght Litter Mugs regularly carry out litter-picking in the park, and have witnessed the regularity of the clothes dumping.

South Dublin County Council assured volunteers that the clothing bring banks, which belong to Liberty Recycling, would be removed by the end of August, but as of this week the bring banks are still in situ.

Tara De Buitléar, from Tallaght Community Council, told The Echo: “The commercial owners of the clothes banks do not empty or maintain their banks regularly enough.

“Their approach shows little regard for the impact on litter they cause for the park and nearby residents.

“They are not responsive to calls when their bins are full.”

Ms De Buitléar added: “The current result of the over-concentration of recycling bins in a poorly maintained public area, with significant dumping and overflow, causes a health and safety issue and a very negative impression on a tourist amenity.

“We are beyond frustrated and disappointed at the significant overrun on this removal timeline.

“In light of the huge voluntary input into this park and the dramatic improvements which have come from the volunteer park activists, this effort needs to be matched with the same intensity by SDCC.”

A spokesperson for the council said: “The recycling company involved were requested to remove the containers last summer and appealed the decision to remove them from the site at Sean Walsh Park.

“The council has been in contact with the company on numerous occasions and are assured that they are going to try to get their containers moved before the end of this week or early next week at the latest.”

“[Littering] has always been a problem there. The bring centres should be a positive thing, but it has evoked a strong reaction from the community.

“This is a concern that is worthy of representation, and we will keep the pressure on until the community is happy and satisfied.”

The Echo requested a comment from Liberty Recycling on this issue, however a response was not received in time for print.