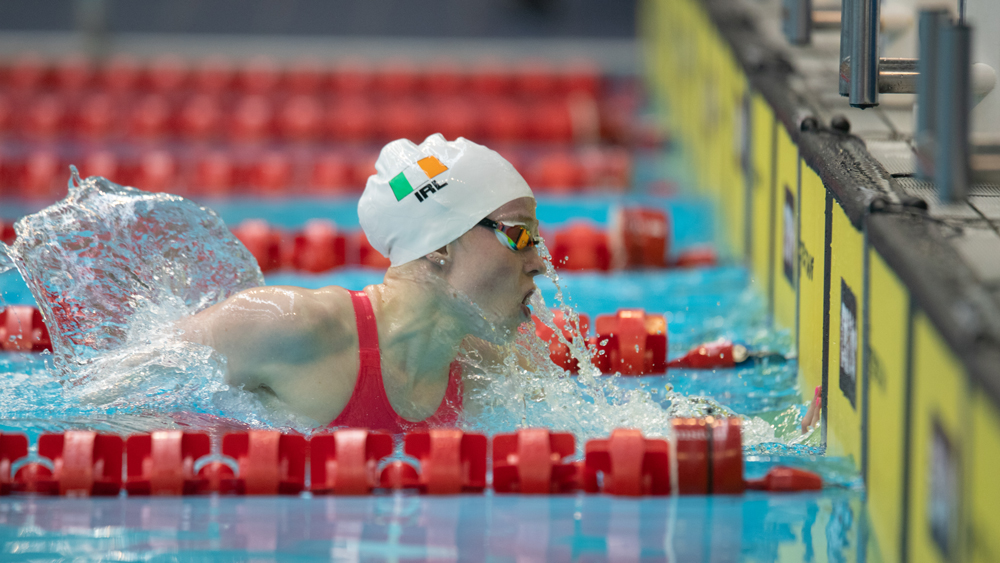 Currently based at the University of Tennessee, she came home first in the penultimate heat, clocking a time of 4:30.78 to emerge the fourth fastest qualifier for the final, which takes place later today at 2.49pm (Irish time).

Walshe made the cut for last summer’s Olympic Games in Tokyo, and served up an exceptionally composed performance then that saw her win her 100m Butterfly heat in a time of 59.35 that was just outside her lifetime best of 59.32.

And her performance today saw her shave more than six seconds off the national 400m IM best that had been set by Michelle Smith back in 1994.

The Knocklyon man combined with Calum Bain, Jack McMillan and Jordan Sloan to help card a new national best time of 3:12.94 as they came home ninth in their heat, missing out on the final by just .2 of a second.