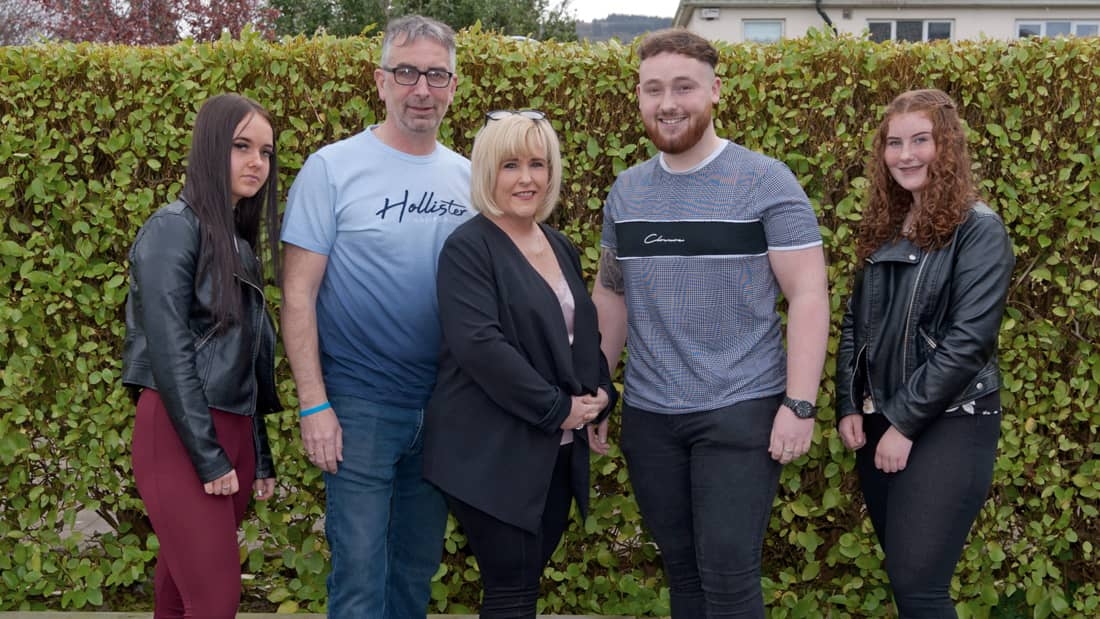 ‘We got the call that changed Sean’s life, a kidney donor’

As WE mark Organ Donor Awareness Week, one local family shares their story of gratitude for the life-giving gift of a kidney.

Sean Keogh (22) was born prematurely with hydronephrosis and dysplastic kidneys, which resulted in him having one kidney removed when he was just two years old.

At the age of eight, Sean, who lives in Old Court with mam Lisa, dad Fintan, and sisters Sinead and Sarah, was diagnosed with chronic renal failure and placed on a waiting list for a kidney transplant.

Speaking with The Echo, Lisa said that following testing, dad Fintan was deemed a suitable match.

However, Fintan’s urine samples were showing up blood, which resulted in a decision being made that his kidney could not be transplanted and that Sean should wait for a donor kidney.

“We were devasted when it didn’t work out with Fintan”, Lisa said.

“However, in September 2008, we got the call that changed Sean’s life, a kidney donor gave him the gift of life.”

Looking back on Sean’s life before transplant, Lisa said her young son was ill right up until he received his donor kidney at the age of 10.

“Every time he got sick, even regular sick like a tummy bug, he would end up dehydrated and in hospital”, Lisa remembers.

“In one year, he ended up being admitted to hospital 12 times.

“Coming up to when he had his transplant, Sean was vomiting every day before going to school… he missed a lot of school.”

After his kidney transplant 12 years ago, Lisa said Sean was a different child.

“He was out playing football, caught up in school, got on with his life”, Lisa said.

“Thanks to the donor and their family, Sean has been able to finish school, do his Leaving Certificate, learn to drive, go to college.

“We are always thankful, every day.

“The donor’s family doesn’t know us, and we don’t know them but we will always be connected.”

She added: “Organ donation truly is a gift of life and each year we celebrate the date of Sean’s transplant.

“We have a cake and blow out candles, and always have the donor’s family in our minds.

“Sean has a life because of them and their loved one and we will be forever grateful.”

The Keogh family has shared their story for Organ Donor Awareness Week, which runs from March 27 to April 3.

“If there was no transplant for Sean, we don’t know what would have happened or if Sean would even be here”, Lisa said.

“I don’t think people understand the importance of carrying an organ donor card and talking about your wishes with your family.

“I would encourage families to talk about it, we speak about it openly with our kids.”

This year’s awareness campaign is built around Life is a Gift, Pass it On and Share you Wishes.

During the national launch, the Irish Kidney Association (IKA) said that 60 public sites around the country are being lit up green to raise awareness and show support.

According to Carol Moore, Chief Executive of the IKA: “Patients on transplant waiting lists live in hope that organs will become available to them.

“Whilst there is hope, it is also a difficult time as their future is uncertain and they know that another family is grieving the loss of a loved one.

“By lighting up public sites in green we are drawing attention to organ donation being an integral part of active citizenship on the part of the public.

“From dusk to dawn, over 40 public sites will be lit up in green, undoubtedly prompting much discussion around organ donation.”

Learn more about Organ Donor Awareness Week and how to get an organ donor card at www.ika.ie