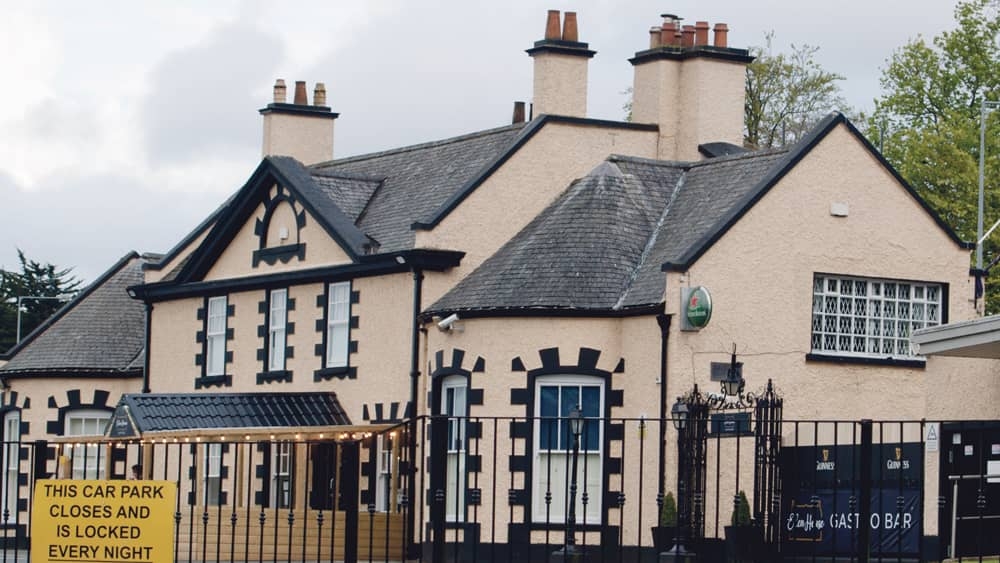 REPEATED calls to gardai about people urinating in adjoining estates of pubs selling takeaway pints, could result in the establishment being closed and brought to court.

It is a harsh prospect that could face a business effectively closed for over 400 days since the first lockdown in March 2020.

Deputy Lahart cited the case of The Eden Pub

Under current Covid-19 regulations, bars, cafes and restaurants may serve food and drink for takeaway service only.

Liquor licensing laws state consumption of takeaway alcohol must take place 100 metres from where the drink was purchased.

Dublin South West TD John Lahart believes pubs should be allowed open their toilets to the public if they are selling pints.

Deputy Lahart (FF) was speaking at the recent JPC Policing meeting, citing the case of The Eden in Rathfarnham.

He said there had been complaints from neighbours in adjoining estates about people urinating in hedges.

“We need to allow pubs open their toilets if they are selling pints,” he said.

Tallaght Superintendent Ian Lackey said they had been up to speak to the establishment about their licence.

“In fairness to them, this 100 metre rule is hard to police. But under Covid, we can close a bar and bring it to court,” said Lackey.