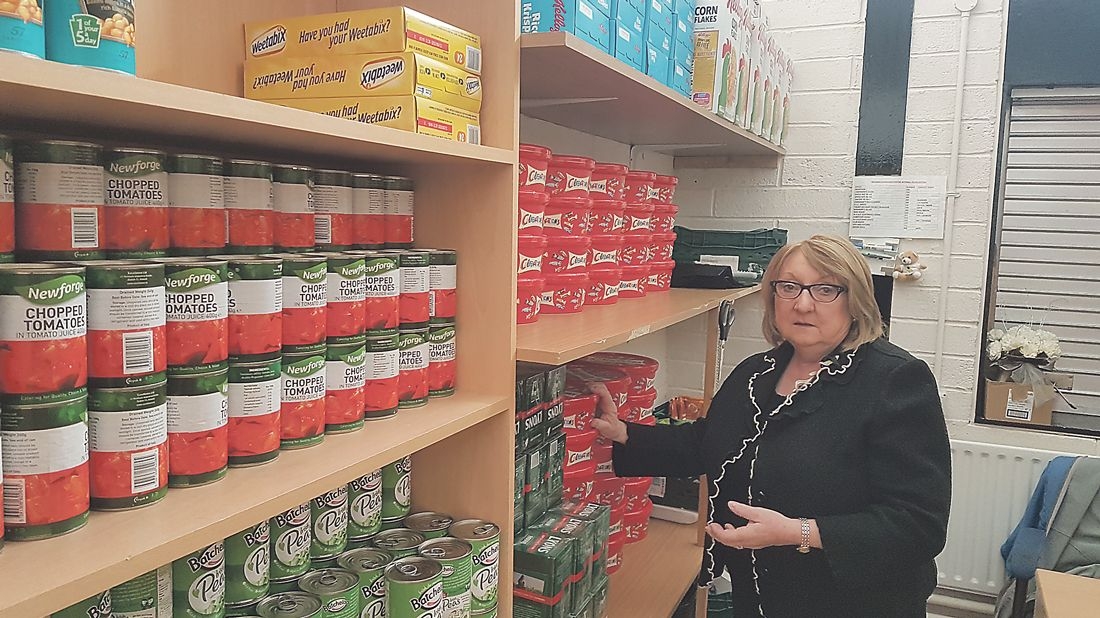 THE Central Bank’s decision to introduce ‘health warnings’ on advertisements by legal moneylenders has been welcomed by St Vincent de Paul (SVP), but they added that issues with illegal moneylenders continue to affect people in Ballyfermot and Clondalkin.

On Monday, the Central Bank announced that it was going to make it mandatory for all moneylenders’ advertisements to carry prominent warnings about interest rates and details of alternative options for those who are struggling financially.

Marie Cronin, SVP vice-president for the Ballyfermot, Cherry Orchard and Clondalkin conference of the charity

Marie Cronin, SVP vice-president for the Ballyfermot, Cherry Orchard and Clondalkin conference of the charity, has welcomed the move and said the charity regularly negotiates with legal moneylenders on behalf of SVP service users, but has warned that issues with moneylenders who operate illegally are still prevalent.

“For things like Christmas, Confirmations, Communions or sudden deaths in the family, people often go to moneylenders,” explained Ms Cronin, “but a lot of them don’t understand the interest rates and because they’re panicked it just doesn’t occur to them.

“And, when they’ve gotten money from illegal moneylenders, usually, just before the debt is paid off, the moneylender will come back and offer them another top-up of cash.

“They’re very shrewd, and once people get into the trap of borrowing from them it’s nearly impossible for them to get out of it.

“Often times, people spend so much money on paying back the moneylender that they don’t have enough for things like rent or electricity, and it’s only when they get into debt and see the repayments that they have to make, that they understand that they’ve made a mistake.

“We can often phone and negotiate with legal moneylenders when people on our books owe them money, but with the illegal ones, we haven’t a clue who they are.

“We want people to say no when moneylenders come to the door, and come to SVP instead.”

In relation to the Central Bank’s measures concerning legal money lenders, which have an estimated 330,000 customers all over Ireland, Ms Cronin said she’s optimistic about the impact it could have.

“I think it will help some people, because the good thing is that, nowadays, a lot of young mums are educated, they’ve been to secondary school, they can read and write, so they will see the information about the alternatives.

“There are loads of other options, like MABS (Money, Advice and Budgeting Service), Citizens’ Information, ourselves, and the Ballyfermot Partnership, and we’ve been trying to drum it into people that there are other ways, like using the Credit Union.

“But we know that it’s still a struggle for a lot of people, because the temptation is right in front of them when they’re being offered money.”

The charity also wrote to the Minister for Finance and the Central Bank at the outset of the Covid-19 crisis asking that enhanced protections for vulnerable customers are put in place without delay, following a marketing drive by moneylenders for new business.

As the programme for Government negotiations continue this week, SVP are also asking the 33rd Dáil, as is the case with 21 of the 27 EU countries, to introduce a cap on excessively high interest rates.

People seeking assistance can call SVP’s Dublin office on 01 855 0022 and they can direct you to your local office, while parish offices can also direct people to their local conference of SVP.