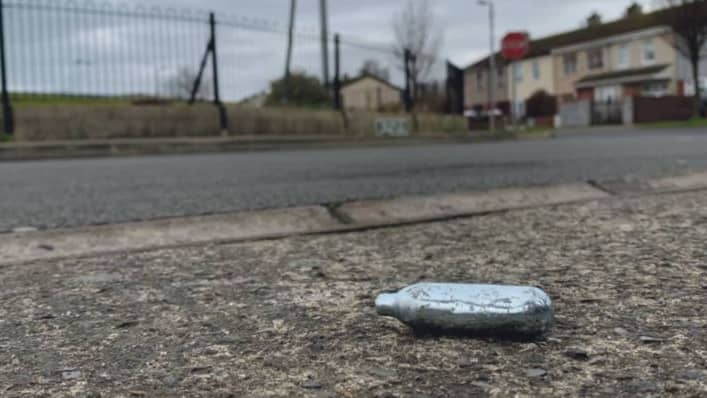 When does this end?

WHEN considering the “worrying” increase of anti-social behaviour across South Dublin, a local TD has highlighted that agencies are “being reactive instead of proactive”.

The Echo has been following closely as the levels of drug-use, drinking and destructive behaviour increased on the streets since the turn of the year.

Large groups of teens have been gathering in Dodder Valley Park, Tymon Park and Kingswood where they have set upon passers-by, torched benches, robbed bins and collided in pre-arranged fights.

These issues have been of grave concern to local residents and including CO2 canister misuse and excessive late-night drinking on the streets, they have extended over towards Clondalkin and Lucan.

“When does this end? First, we need to properly put a structure in place to provide adequate resources to youth centres,” Sinn Féin TD for Dublin Mid-West, Mark Ward told The Echo.

“They just haven’t been resourced enough, they’re forced to work to the bone and this is where children are falling through the cracks.

“I was on the Clondalkin Drug and Alcohol Task Force for years when I was a councillor and we had to fight tooth and nail for every scrap of support in trying to implement an under 18 programme.

“We could see this problem with the CO2 canisters coming through before it was public knowledge, we could see that the levels of weed and cocaine use was on the rise on the ground here.

“We saw all of this coming but we couldn’t secure the resources to be able to tackle the problem before it grew into what it is now.

“The problem is we’re being reactive instead of proactive and that’s down to government policy.”

During Level Five restrictions which have been implemented by the government to stop the spread of Covid-19, a lot of youth’s typical social outlets have been shut.

No school, no youth clubs, no sports; the children are being driven out on to the streets in search of some sort of outlet.

“For a start, a lot of kids have been left to their own devices,” Mark Ward, TD continued.

“All of the their usual structures have been disrupted or totally stopped since the pandemic.

“They’re not going to school, their youth clubs, their sports or even something like the Garda Diversion Programme.

“Their social outlets are not there and they are being brought into anti-social behaviour that way. It is worrying.

“I have been engaging with a local outreach programme and people see these kids out on the streets and think ‘oh they’re breaking the public health guidelines out congregating’.

“Okay but we have to be mindful of the fact that maybe home is not the safest place for kids.

“I give a dig out with a food bank here in North Clondalkin and they provide meals to between 70 and 90 families every week.

“When you’re living in that level of poverty and you wake up hungry, it is hard to do something productive.”

Meanwhile, Cllr Liam Sinclair echoed Mark Ward TD’s comments and added that he believes the increase in anti-social behaviour will conclude when lockdowns begin to ease.

“It ends with the eventual reopening of society,” the Tallaght-Central local elected representative said.

“I don’t want to be scapegoating the teenagers but look, people are frustrated and are acting out in their own ways and teenagers are no different.

“What’s less visible is the increased levels of domestic violence in the homes, the teenagers are just visible. We are all living through a truly difficult time.

He added: “People have all this additional energy and need some way to release it.

“I am in no way condoning the behaviour, people just vent their frustrations in different ways.”

Both Mark Ward TD and Cllr Liam Sinclair called for an increase in community Gardai operating on the streets, working with the teenagers on their level to help stop anti-social behaviour beyond the pandemic.