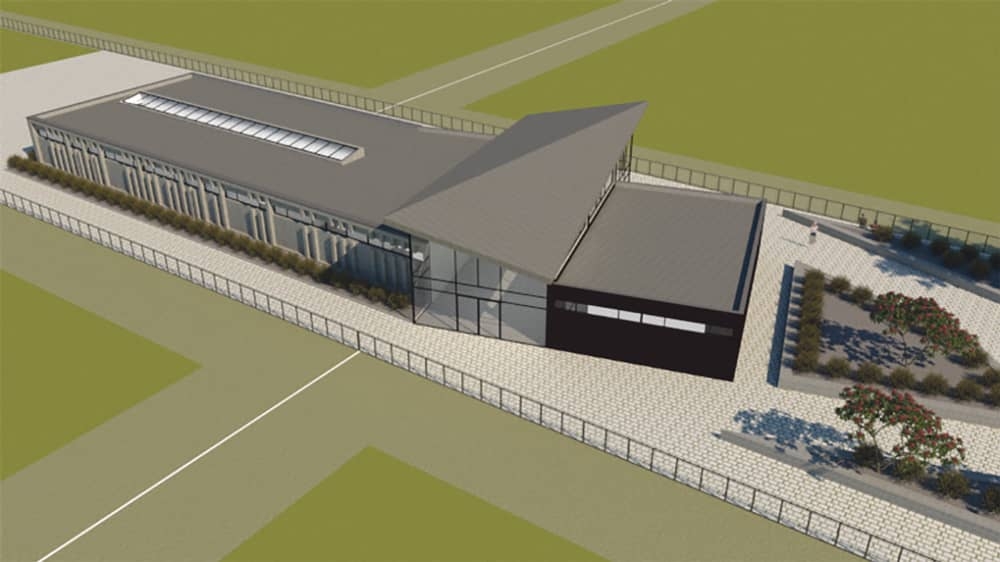 OVER 70 per cent of the members of St Kevin’s Kilian’s GAA Club have backed the club’s continued discussions with developer Hibernia REIT in relation to the sports facility aspect of the developer’s plans for Newlands Farm.

Hibernia plans to develop a multi-purpose sporting hub, which they stated will serve as an “iconic focal point” that will “blur the division between outdoor and indoor spaces”, with both outdoor and indoor facilities with a mix of for-rent and free-to-use options.

An overview of the sports campus planned for Newlands Farm

The outdoor facilities available to rent are to include GAA, rugby, soccer, hockey and five-a-side pitches.

The free, publicly accessible outdoor facilities are to include a handball wall, a hurling wall, a basketball court, a skatepark, outdoor gym stations, a running track, a walking loop, a cycling loop, playgrounds and picnic areas.

Indoor facilities to rent are to include studios for martial arts, dancing, Pilates, volleyball, basketball, netball, badminton, futsal and indoor boules, while auxilliary uses are to consist of a café, a creche, a play area, meeting rooms, changing rooms and a community group hall.

However, one of the three clubs, Kingswood Castle FC, announced in February that they were stepping away from and cutting ties with the committee and the wider development, saying that as a local club they could not “fully support the whole development of Newlands Farm in its entirety”.

Last Friday, St Kevin’s Kilian’s held an online meeting with club members to ascertain their views on the club’s involvement in the steering committee and confirmed to The Echo that talks with Hibernia are ongoing.

In a statement released this week, the sports committee said: “St Kevins Killians GAA Club in conjunction with Kingswood FC and under the umbrella of the Newlands Farm Kingswood Heights Sports Committee, would like to confirm that the committee are still in discussions with Hibernia REIT in relation to the proposed sports development and remain committed to ensure that the proposed sports development meets the requirements of the local sports clubs in the community.

“The Committee have been resolute in their commitment to consult with all other local sports and community groups in relation to the proposed rezoning of the Hibernia REIT lands and will continue to do so as long as all parties continue to engage in that process.

“At this point, the Committee have no further comment to make except to say we hope to finalise those discussions in the near future and will then make a full statement.”

Last month, Hibernia announced that they were increasing their spend on the community and sports infrastructure in the development from €6m to €8m.