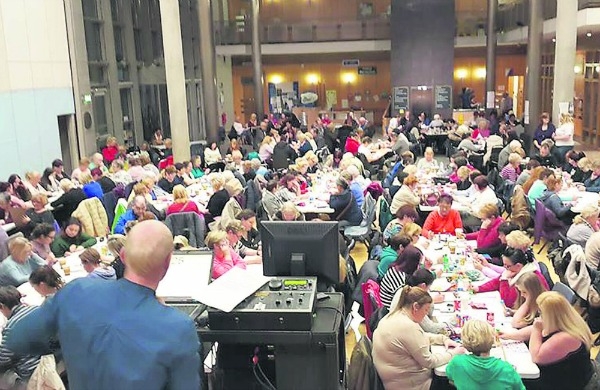 Win Win Bingo is a big hit in Ballyer

THE glory days of bustling bingo nights at the Gala building in Ballyfermot may be a distant memory, but calls of ‘85–staying alive’ are back in abundance in Dublin 10.

Win Win Bingo takes place on Friday nights in Ballyfermot Civic Centre, and is attracting punters to such an extent that organisers are preparing to add a second night to the schedule.

The night was established in January by Impact Events, a branch of the social enterprise group Sedco. Weekly winnings of €2,600, and a jackpot high so far of a welcome €1,600, are just two of the reasons why the venture has kicked off, according to Rónán Ó Dálaigh, CEO of Sedco.

“The welcoming atmosphere created by staff and the bright, airy setting of a Friday night social event in the heart of the community, along with the high standard of prizes on offer, have attracted a loyal and expanding following.”

Location, atmosphere, food and value for money all scored above 95 per cent, whilst 98 per cent said they would recommend the night to a friend.

Ó Dálaigh continued: “We’re delighted with the results of the survey and must be doing something right. As well as the prizes, our aim is to have a bit of craic, it’s as much fun for the staff as it is for the players.”