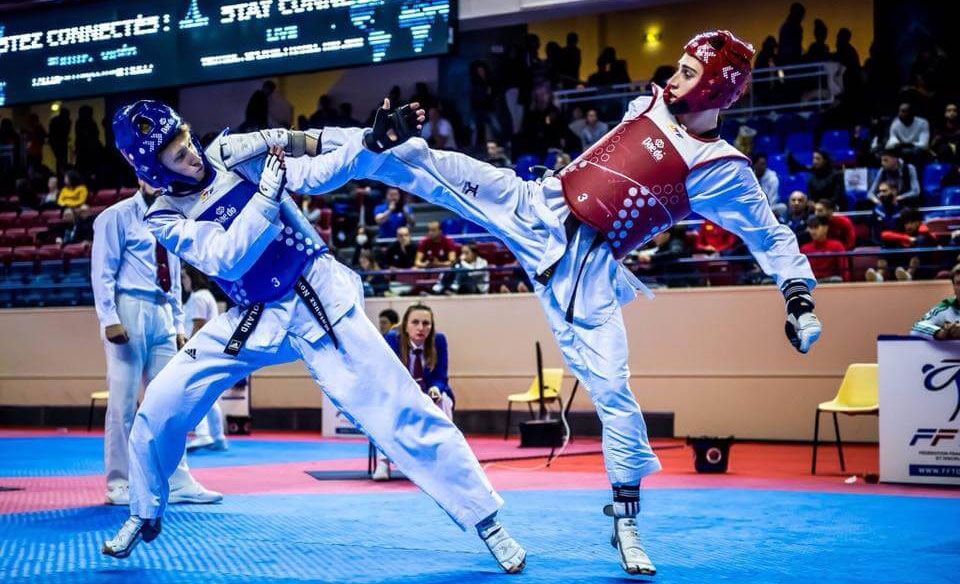 Woolley captures silver in the final Open of the year

SOUTH Dublin Taekwondo’s Jack Woolley emerged from his final ‘open event’ of the year, the French Open ‘G2’ with silver in Paris.

The double ranking point event attracted many of the world’s best, all hoping to secure much required Olympic Ranking points just one year away from the Olympic auto-qualification announcements.

Currently sitting in an automatic qualifying spot and having already maxed his allowable Olympic points for 2018, Woolley had a late start due to his seeding and a bye.

In his first two matches in the rounds of 32 and 16 he served up some devastating scoring, amassing more than 100 points in the two matches to beat French opponents Alan Philippe and Falliou Hane 60-2 and 47-4 respectively.

He followed that up with a 26-4 point victory over Poland’s Mateusz Nowak in the quarter final.

With three very convincing wins under his belt, the Tallaght man turned his attention to a rematch with World medallist, Damian Villa, but the American was unable to contest the semi final because of an untimely injury.

In the final, Woolley came up against Francisco Gonzalez Monilla who took an early 4-0 lead.

The South Dublin man fought back strongly, but the match ended 9-13 in favour of he Spaniard.

It marked Woolley’s eighth podium of the year at World Ranking events, making him one of the world’s highest ranking pound-for-pound taekwondo athletes.

He was joined by one of his international coaches Anas Belmaati at this event and has since travelled to the United Arab Emirates where he has joined Head Coach Robert Taaffe.

There he fights today (Thursday) in the Grand Prix Final from which the top 16 competitors in the world are invited to the final major tournament of the year.