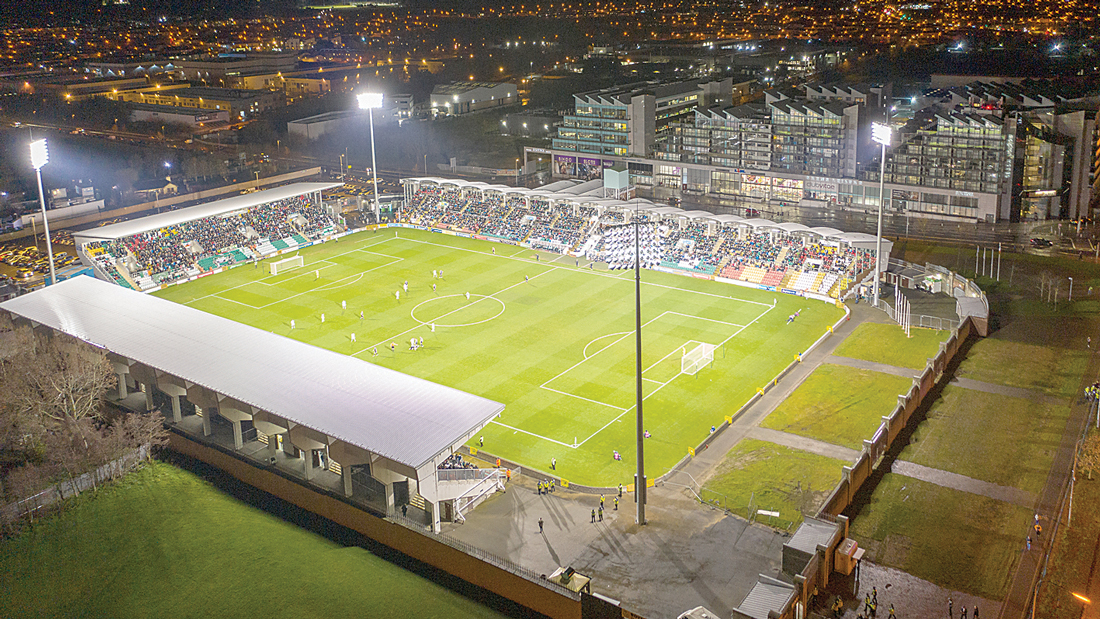 Work on fourth stand for stadium to start in Spring

CONSTRUCTION on a new fourth stand for Tallaght Stadium is set to commence next Spring, after the tender process has concluded.

The first stage of the two-stage tender process ended on September 6, while the second stage is expected to commence in November.

The new stand will have a capacity of over 2,000 seats, and will bring the total capacity of the stadium to 10,500.

The timeline for the tender process and construction of the stand was revealed by South Dublin County Council in response to a question submitted by Cllr Charlie O’Connor (FF) at a Tallaght Area Committee meeting this week.

Cllr O’Connor requested details of a schedule for the development of the new stand, and for information about contacts the local authority has had with Shamrock Rovers – the anchor tenants of the stadium – in relation to it.

The local authority responded, in part: “The phasing of the building works will be agreed between the council, its architects and the main contractor.

“We will of course be taking cognisance of the activities of Shamrock Rovers, and their games, as well as other users of the stadium facilities, ensuring minimum disruption to the club and others, during the planned construction works.

“Several meetings have been held recently with Shamrock Rovers [including] discussions in relation to the development works at the stadium.”

The new stand is part of a wider €7.7m upgrade plan for the stadium, which was passed by councillors at a full council meeting in June 2020.

Airtricity League club Shamrock Rovers lease the council-owned stadium, and it is also the home of the Senior Women’s FAI team and men’s underage teams.