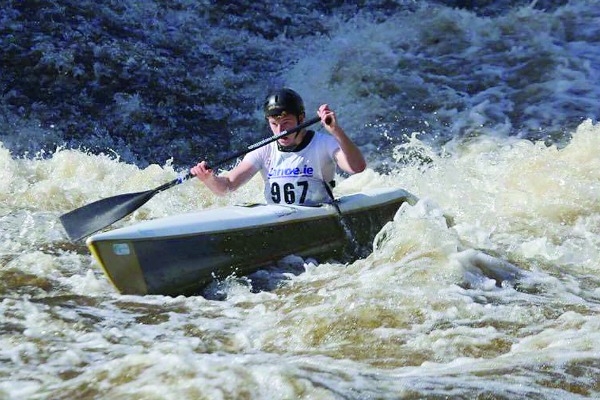 WWKC on the the wild side

FOUR teenagers from Wild Water Kayaking Club (WWKC) in Chapelizod will be flying the flag for Ireland in next month’s European Junior Wild Water Racing Championships in Murau, Austria.

Brothers Cian and Darragh Clarke from Chapelizod, Templeogue’s Craig Cummins and Molly Claffey from Harts-town will going up against the best of the sport on the continent, hoping to rekindle their impressive form in last season’s World Championships in North Carolina.

There the Clarke boys combined to finished fifth in the double canoe division before teaming up with Cummins to again take fifth in the team kayaking event.

Their performances this and last year were enough to convince the Irish Wildwater Racing Committee to field them in the Euros
All four will be lining out in the single kayaking (K1) class at the European Championships with Darragh also taking his place among the Single Canoe (C1) competitors.

The latter has held the National Junior C1 title for the past three years while both Cummins and Claffey are Irish Junior K1 champions in their respective fields.

While both Claffey and Cian Clarke have had their training curtailed somewhat by the demands of Leaving Certificate exams, Cummins and Darragh Clarke have trained continuously this year.

The latter will be competing K1 for the first time and will relish the prospect of high-level competition in Austria while Cummins will be hoping he can make his mark in sprint and classic kayaking.

Ronan Foley and Fionn McNally of WWKC will miss out on the Euros because of a clash of dates, yet Ireland’s four representatives will be hoping for top-ten finishes just as Darragh Clarke secured in the World Junior Canoeing Championships.

One of the biggest Wild Water clubs in the country, WWKC will be holding an open day on Saturday, June 11 from 12-4pm.

Also acting as a fundraiser, the event will allow those attending to get a view of the various disciplines after which they may well get involved.