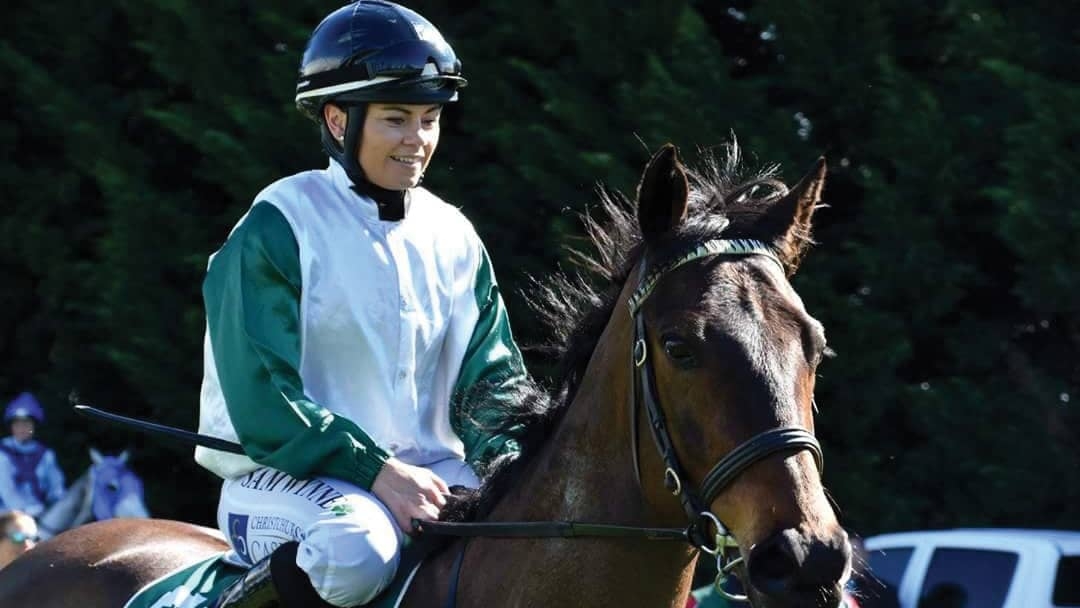 IN 2012, Fettercairn native Samantha Wynne packed her bags and moved almost 19,000km away to Christchurch, New Zealand, determined to make her mark as a jockey.

Now, with just under 350 race victories to her name, the Tallaght woman looks back on her remarkable journey towards becoming such a successful competitor in her sport.

“Before the Fettercairn Youth Horse Project was built, everyone in the estate had their own horse. We had a stable out the back, but my brother bought a horse, and I used to ride on the back of him and I must’ve been about 6 or 7 and that kind of got me started,” Wynne told The Echo.

“My sister went to an open day at the jockey school down in County Kildare, and I was still in school at the time, and she came back with an application form for it and I asked my mom, could I make the move.

“I went for a week’s trial down in Kildare. I was 15 and I worked my butt off, you know, you have to try and really impress to get on the course, because I think a few hundred applied and only 30 people got picked.

“We got on the course anyway, and I had no knowledge of racing whatsoever, so I was really going in green.”

“Going down the country and not having a background in horse racing, you’re kind of on the back foot a lot.

“You really have to have extra talent to make it in the horse racing game in Ireland, or it has to be bred into you basically.”

One of her first mentors was Irish horse-racing legend, Joanna Morgan, who is one of just three female jockeys to ride in the Irish Derby.

“She gave me my first race-day ride,” Wynne recalled. “She was a tough lady to work for, but my God, she taught me a lot.”

Though Wynne was continuing to develop in the Irish horse racing scene, the Irish economic downturn post 2008 made it difficult to find work.

When she saw an opening in New Zealand, she made the move in 2012 to the South Island, starting the next chapter in her life.

Though the distance was difficult to adjust to, Wynne said that the cultural differences in New Zealand was something that “agreed with her”.

“My boss is really old school. When I was looking for his place he said ‘it’s the first place on the left that has a microwave as a letterbox’. I was like, ‘Lord Jesus, where are we going’, you know?” laughed Wynne.

“He taught me a lot about life. He told me to slow down whereas in Ireland, you have to really be on the game, there’s no loitering at the stables, you have to keep on the job, whereas here they’re a little more laid back. They still get their work done, but they have a more laid-back approach.

Though primarily based in the South Island, Wynne had to travel all over New Zealand to participate in a variety of races.

Starting out under trainer Neil Coulbeck and now with Stephen Marsh, Wynne was the winner of the 2016 Winter Cup with horse, ‘Miss Three Stars’.

In 2019, she won the Canterbury Gold Cup, riding ‘Who Dares Wins’. For three years in a row, she was the Leading Apprentice Jockey, and she enjoyed a breakthrough on her first day as a senior jockey.

“My first day as a senior, I won a Group 3, which was the biggest race in my career, and I had two winners on the day,” Wynne said.

“Having a group winner on my first day as a senior jockey, that was a good day, very good day, put me on the map a bit more.”

Since then, she’s won 11 Group 3 and listed races.

“Once I had five winners in one day, so the racing side of things has gone good,” Wynne said.

“I got injured in 2018, I had a race day fall and done my knee and so I had to have surgery and then I came back six months after surgery, which was a little bit too soon, but I ended up winning two big races and then hurting my knee again and then being out for another six months, so I came back just a year and a half ago now.

“I’ve had nearly 350 winners and I never thought I’d even win one.”

Though she’s enjoyed lots of success in New Zealand, Wynne has never forgotten her roots.

“When I was injured, I bought a horse for $900, and once I was right, we broke her in and doing everything with her and I named her Fettercairn,” Wynne said.

“She had her first race then two weeks ago and everybody in Fettercairn put money on her, and she won, so that was pretty cool.

“Everyone in Fettercairn was asking my mom and dad if they would put money on her, and I was saying no, I was too scared of them losing their money.

“They all backed her anyway and they all ended up winning loads of money.

“One of the reasons that I named the horse Fettercairn is because growing up, sometimes you’re made to feel embarrassed to say where you’re from, so it’s kind of cool to see that she’s out there representing it, and she’s actually won.

“I’m just grateful for my upbringing, for where I’m from, I wouldn’t change it for the world.”

Wynne is still far from finished. She still carries the same passion for horse-racing as she did on her first ride as a six-year-old, and has her sights set on more success.

“I’m always trying to win a Group 1. That’s my goal at the moment,” Wynne said. “This season I’ve had a second in a Group 1, so that’s the closest I’ve gotten so far.”