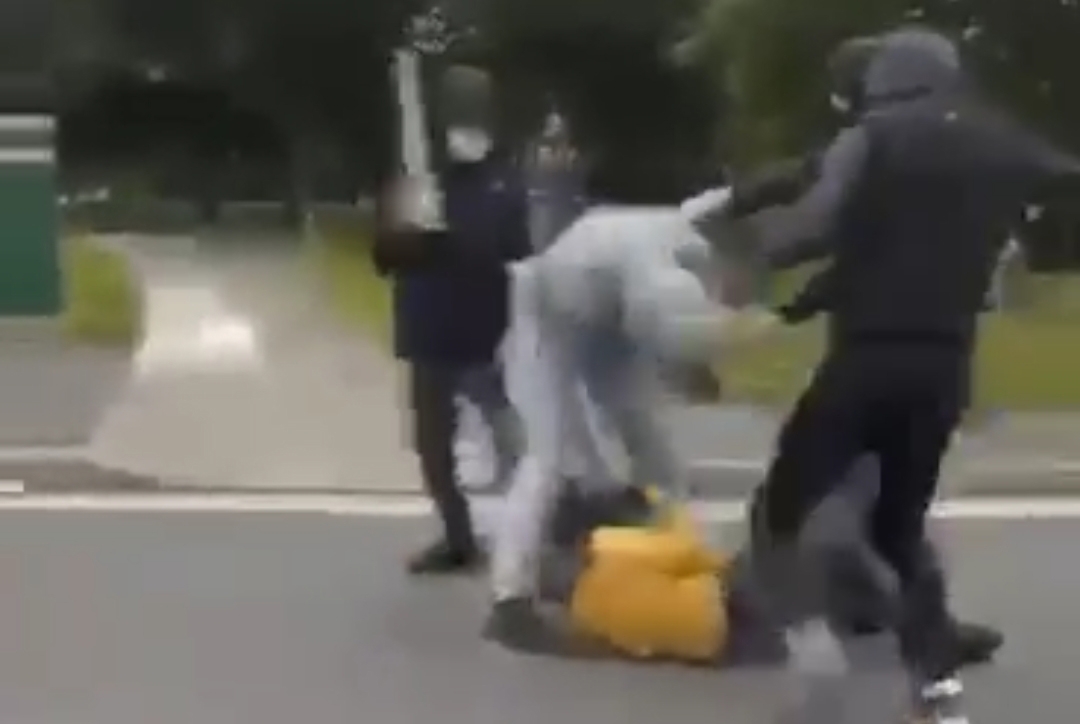 A YOUTH was arrested following clash between juveniles in Bluebell on Sunday, August 16.

CLASH: Juveniles clash during the fixture

One youth was kicked and punched repeatedly by a gang while on the ground. The footage indicated that one of the youths was carrying a knife.

A Garda spokesperson told The Echo: “Gardai were called to a public order incident on the Naas Road, Bluebell on Sunday August 16, at approximately 7pm. A male juvenile was arrested for possession of an offensive weapon. He has since been released without charge with a file being prepared for the JLO.”