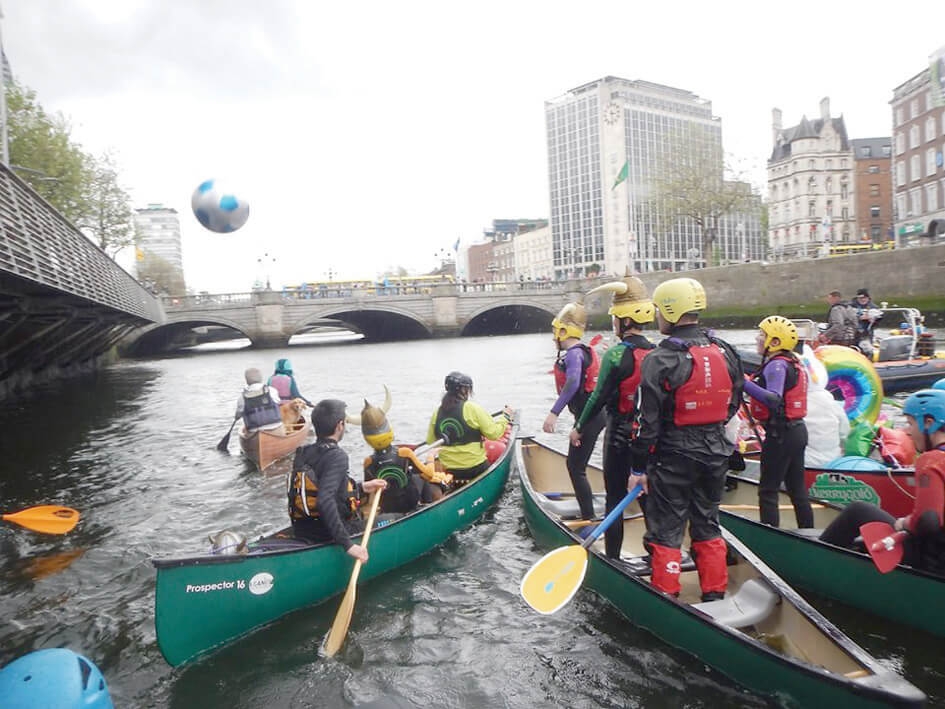 Youth service delighted with €73,000 in funding

LAST week youngsters from Ballyfermot Youth Service (BYS) took part in the Liffey Odyssey – a 8km paddle flotilla on the River Liffey from Islandbridge to the East Link Bridge.

Participants in the two hour event have to be up to the requisite Canoeing Ireland standards and have access to their own equipment.

These high standards are nothing new for BYS, who have helped local youths participate in a range of indoor and outdoor activities for over 30 years.

On Wednesday morning, BYS discovered they had been granted €73k from the Department of Transport, Tourism and Sports Capital Programme 2018.

The fund was the highest amount for any Dublin City Council based group – with just over €700k allocated for groups in the entire DCC area from the 2018 programme.

“For us it is fantastic. We can replace our whole stock, some of it is up to ten years old, some of the wetsuits have holes in them.”

Independent Councillor Vincent Jackson, a Director at BYS, hailed the successful application for the grant.

“It will go towards equipment like bikes, ropes and boats,” said Cllr Jackson.

“Last week at the Liffey Odyssey, we had 40 kids taking part, which was the biggest group in Dublin.”

Applications for the grant had to be received by the Dept last November – each application containing considerable detail and research.

Mr McCarthy said BYS will buy new outdoor equipment “in stages”, after which, they supply receipts to the Dept, and are reimbursed once everything is allocated for.

“We also hope to get a 40ft container at our Park West premises for repairs, which will be great, as we don’t have a lot of space over there,” said McCarthy.