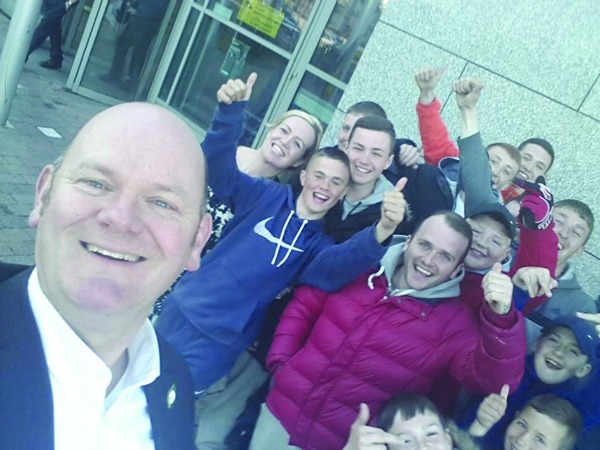 YOUTHS from Familibase delivered a strong presentation to the community on proposals for a dedicated scrambler/horse track in Ballyfermot this week.

Over 30 youths attended the Joint Policing Meeting – an open public meeting held every three months at the Civic Centre – and they were praised for their hard work by local representatives.

As reported in The Echo in April, youths in Ballyfermot have spearheaded a drive which could see the installation of a dedicated scrambler and horse track in Cherry Orchard.

If successful, the track would be the first of its kind, and would go some way towards appealing to both young and older members of the community.

Nothing has been agreed yet on a site or otherwise until members of the community have been consulted.
Starting in November, the group worked together to compile an extensive report.

In their research, they cited the effectiveness of Dunsink Horse Club – which has resulted in an 80 per cent reduction in impounding costs for Fingal County Council – saving the local authority thousands of euro per year.

The cost to impound one horse was quoted at €570.

According to the group, there has been good collaboration between older and younger lads helping each other out in the project.

Benefits of the proposal would “keep youths out of trouble”, “keep horses and bikes off the road”, “create employment”, “save Dublin City Council money”, “prevent accidents”, and be “safer for young people”.

The group have also conducted noise pollution studies, and consulted with Clondalkin Equine Club and East Wall Motorcross Club, who recommended the planting of elm trees to counteract noise.

Fiona Kearney, Familibase Services and Programme Coordinator, said the model is based on Dunsink, and the group are open to the possibility of sharing with Clondalkin Equine Club.

She said they were “mindful to keep the track away from residents”, and the next step would be a presentation at Dublin City Council.