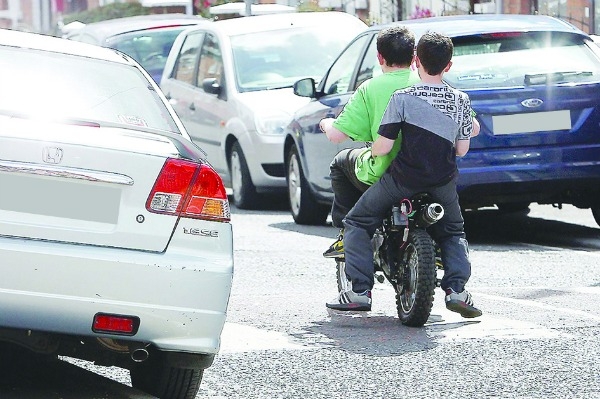 YOUTHS with an interest in scrambler and quad bikes in Ballyfermot have worked with Dublin City Council over the past five months, on proposals for a dedicated scrambler park in Cherry Orchard.

A report by the Parks Health & Safety Sub Committee at a city council meeting on Monday, also heard Cherry Orchard Equine Centre are unable to reach some horse owners in the area, but the centre are “open with others to remedying the situation.”

The parks committee was established in 2015 to tackle anti-social problems in Dublin South Central parks – particularly quad and scrambler activity.

Other issues to the fore, are the cost to taxpayers surrounding anti-social damage in parks, and parental responsibility.

Five meetings have taken place this year with the next one planned for later this month.

In April, youths from the Familibase centre spearheaded a proposal for a scrambler and horse park in Cherry Orchard, presenting their plans to Dublin City Council.

The popularity of quad bikes and horses was identified through the Cherry Orchard restorative practice forum over the last two years.

The purpose of the recent programme between youths and the council surrounding scramblers, is to develop skills and provide education on the safety aspect of bikes.

The programme was approved by the local area committee and included in plans for local funding.

The parks committee say gardai have a difficulty in establishing ownership of quad and scrambler bikes, and improved regulation at national level is required.

Currently, there is no registration process on shipment into the country and at the point of purchase – making it difficult to identify and prove ownership when taking enforcement measures.