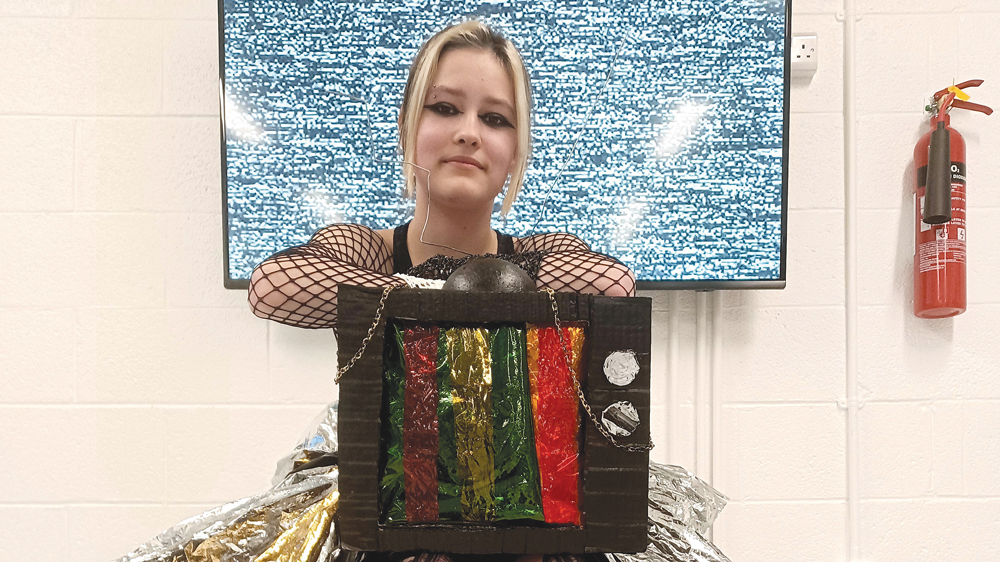 Zuzanna Cieslewicz in her design

AN OLD Bawn Community School student could make it to the world final of the Junk Kouture competition – but needs your votes to make it happen.

Zuzanna Cieslewicz, 16, from Belgard, created ‘Ex Static’ using a variety of materials, such as insulation foam, plastic shopping bags which she crocheted into gloves and wire which she used to make a corset. 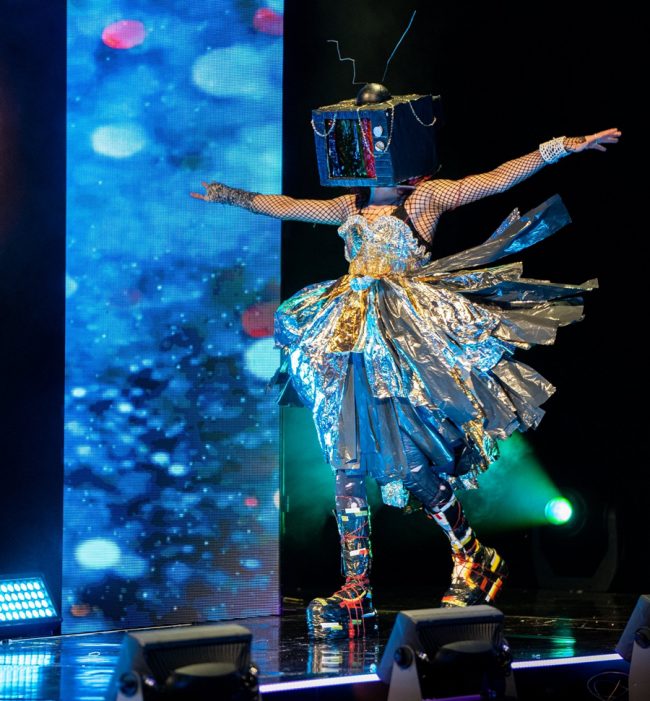 Vote for Zuzanna, before midnight on Thursday, June 2

The talented young creative recently made it to the All-Ireland final of Junk Kouture, but unfortunately wasn’t selected as one of the nine on the night who will now go to the world final in Abu Dhabi.

However, Zuzanna’s still in with a chance of reaching the world final as she’s been selected as the ‘wild card’ for the eastern region of the country – and is now relying on public votes to give her the chance to compete on the world stage with her innovative creation.

Votes are now being accepted on the RTE website HERE until midnight on Thursday, June 2.