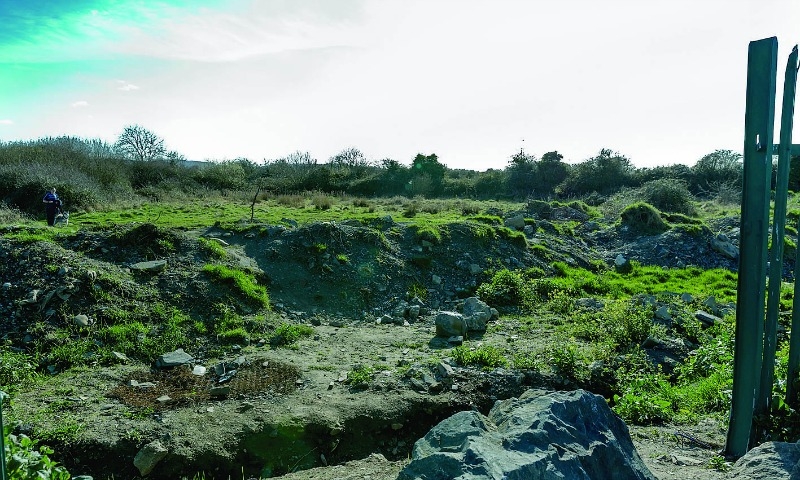 1,000 houses to be built in Clondalkin

COUNCILLORS from South Dublin County Council have voted to approve a plan which will see 1,000 homes built on a site at Kilcarbery Grange in Clondalkin.

Last week the Council voted to build 108 social homes on the site and a vote was deferred to earlier this week on a proposed public-private partnership (PPP) housing project on the remainder of the site.

The original vote for the 108 social homes passed with 27 votes in favour, including Independent councillors, and members of Fine Gael, Labour, Fianna Fail and Sinn Fein.

But councillors from People Before Profit, Solidarity, and Independents 4 Change, as well as Independent councillor Dermot Looney, voted against the agreement.

On Tuesday, at the special meeting to discuss the remainder of the site, all but four councillors (Cllrs Kieran Mahon, Brian Leech, Madeleine Johansson and Nicky Coules) voted for the development.

The passing of the vote was welcomed by Councillor Cathal King.

He said: “ I welcome the Kilcarbery Grange Integrated Housing development that was voted on and agreed by the majority of councillors.

“It’s a good mix of social and private housing over five years and will deliver 1,000 housing units and will also provide a school and retail units.

“I would of preferred and my first option would be that SDCC build this but we are in desperate need of housing and this development is badly needed.

“The location is excellent and the 1,000 homes will be welcomed by people desperately needing accommodation.”

The vote was also welcomed by Councillor Emer Higgins.

She said: “We have voted to approve a plan that will deliver 1,000 much needed homes at Kilcarberry in Clondalkin. 40 per cent of these units will be social housing, all aligned with the needs of people currently on our housing list.

“This means they’ll include housing for families with special needs, step down facilities, one beds, two beds and accommodation for older people.

The development will include a school, a neighbourhood centre and creche. I believe this is a progressive move that will create sustainable communities and deliver homes through a cost effective joint venture with whatever private developer wins the competitive tender.”

In a strongly worded statement Cllrs Coules and Johansson and Gino Kenny TD criticised the vote.

They said: “Councillors decided by majority vote to sell off a large site of land at Kilcarbery/The Grange in Clondalkin for private development with 40 per cent returning to the council as some form of ‘social housing’.

“The site would have provided 1,000 homes for people on the housing list. As it now stands 600 applicants can kiss goodbye to homes any time soon.

“Management claimed that the sale would help fund future land purchase while providing a socially mixed development. People Before Profit councillors vehemently opposed this saying that the council already has a sizable land bank and the immediate need is for houses”.

They added: “The 60 per cent of homes will go for sale on the private market. We believe that a family income of €80,000 would be necessary to purchase these homes.

“This excludes swathes of people who can’t access the social housing list because they are deemed to earn too much, but who could not possibly meet the requirements for a mortgage of that size”.