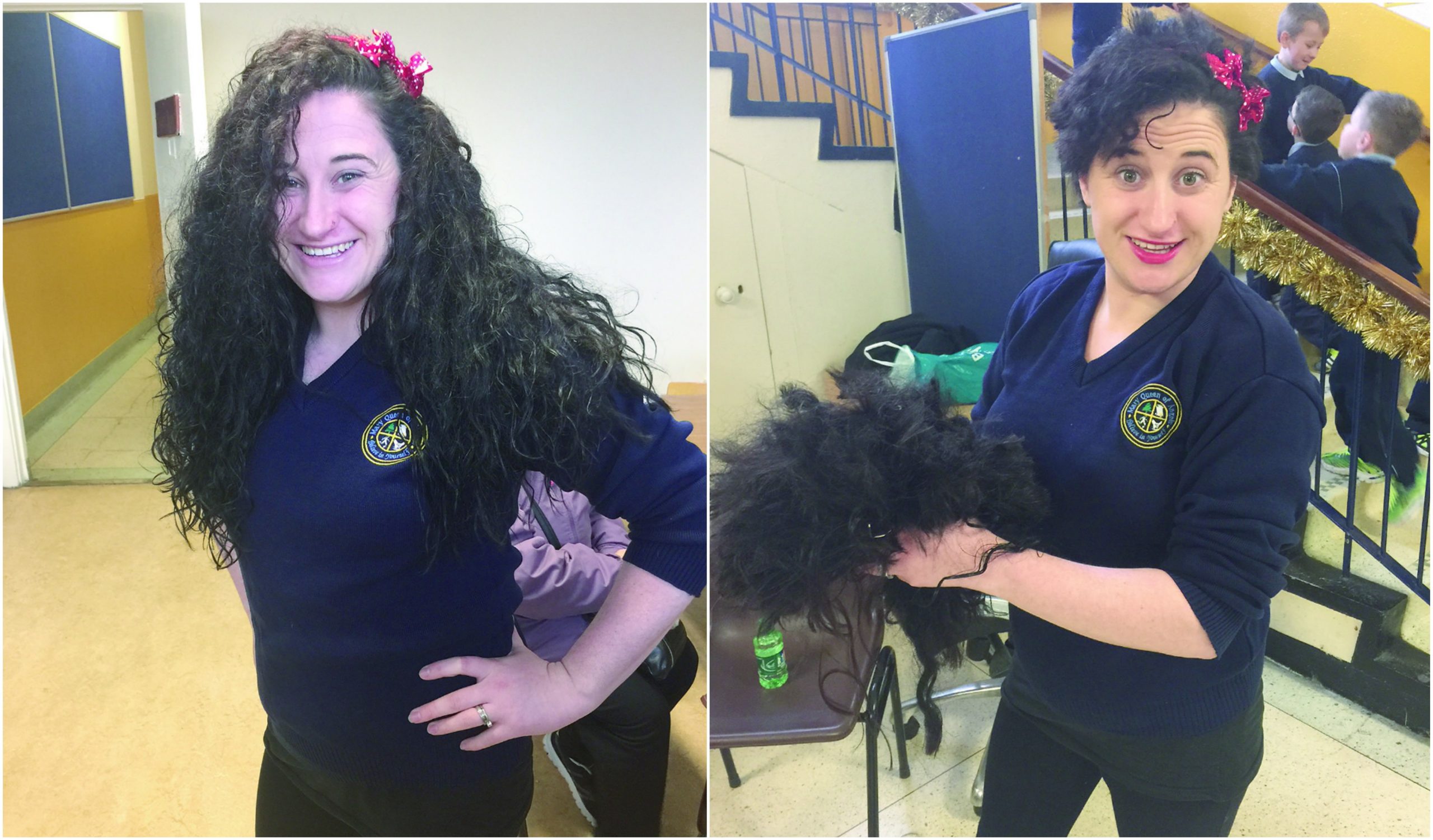 A PARENT went to great lengths to support the Autism Spectrum Disorder (ASD) unit at her kid’s school – cutting her long locks and raising over €1,200 in the process.

Mary Queen of Angels BNS in Ballyfermot opened a new ASD unit in the school in September 2016.

The unit caters for six children aged 4-8 who have autism, and would find it difficult to progress and develop in a mainstream setting.

Caitriona Saunderson, teacher at Mary Queen of Angels BNS said: “One of our parents, Sarah Jane O’ Brien has an autistic child who is in sixth class. Sarah Jane and her family have always been a great support to the school when it comes to fundraising, and she decided to do a fundraiser for the ASD Unit.

“On December 20, Sarah Jane cut off her lovely long hair into a short bob in the school. She did a huge amount of fundraising in the area before this and we raised over €1,200 euro. Sarah Jane would be well known in the Ballyfermot area and we were blown away by the support we received.”

The money raised by Ms O’Brien will go towards building a specialised sensory room for children in the autistic unit.

“We would like to say a huge thank you to all of the parents in the school, people in the community and especially Sarah Jane herself for all of their support,” said Ms Saunderson.