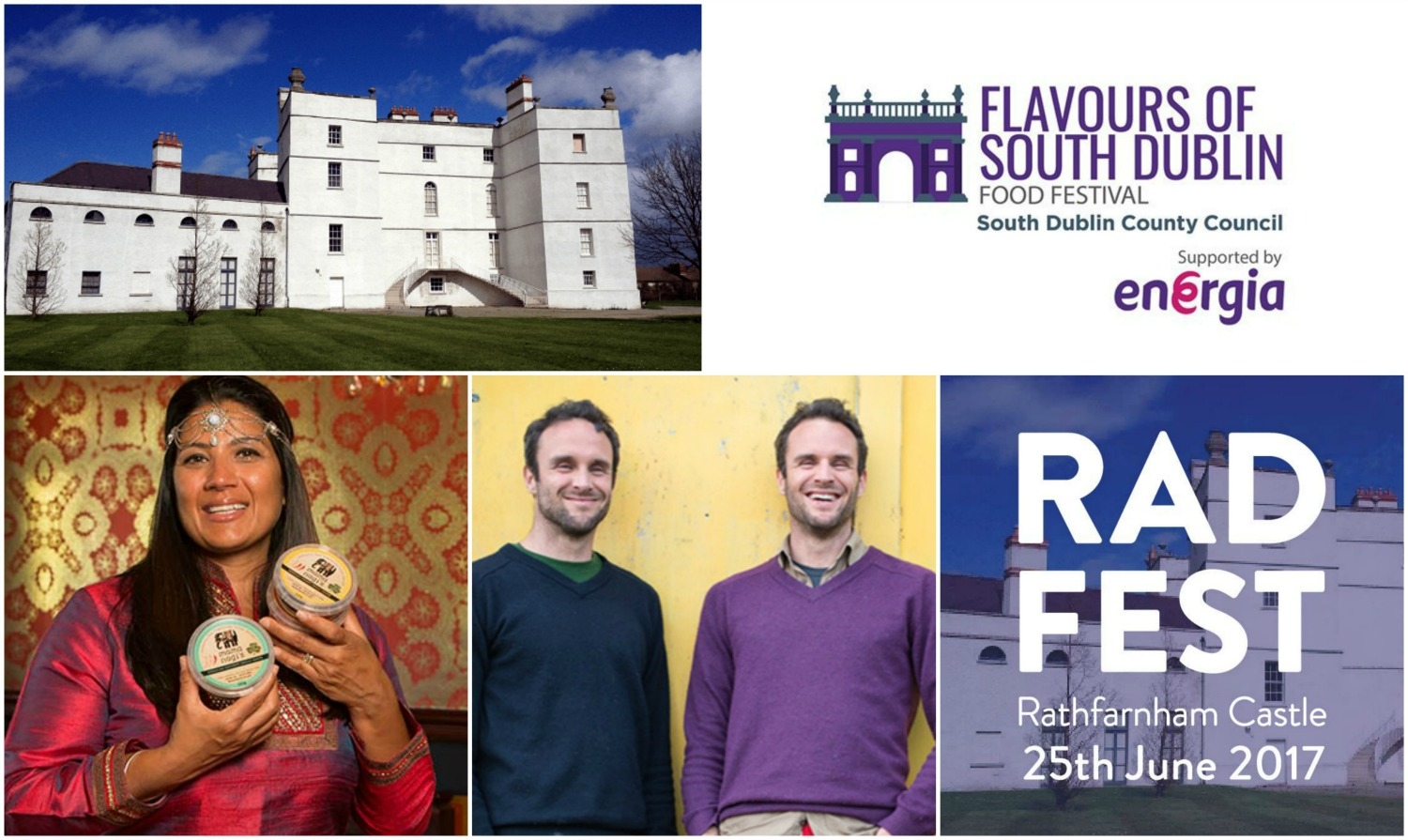 If you’re a bit of foodie or just want to fall in love with Rathfarnham Castle, then Flavours of South Dublin might be a good option for you this weekend.

The one-day festival will take place in the grounds of Rathfarnham Castle on Sunday and will showcase the best of local cuisine. Meanwhile, the Rathfarnham Radfest will be on site, bringing some local music, theatre and art throughout the week.

The festival will run from 11am-6pm, with parking available in St Mary’s Boys School, and anyone travelling by bus can get there by using any of the 15b, 16 or 17 Dublin Bus routes.

Here are just some of the foods, music and events we’re looking forward to at the inaugural Flavours of South Dublin.

Obviously, we had to start with food. Some of this weekend’s food stalls include favourites like the Happy Pear.

The guys from Blackrock cafe, the Mellow Fig with their ‘Mellow Out’ food stall featuring several gluten-free and vegetarian options will also be there. The slow-roast pulled pork sounds pretty good!.

If you’re feeling a bit more adventurous, then there will be some more exotic choices on site.

Le this be music to soundtrack your day with the Rathfarnham Concert Band will be playing from 2pm.

There will also be a lunchtime organ concert at the Parish Church.

Radfest 2017 is taking place during this month and Rathfarnham and District Festival will be putting on their own events.

Rathfarnham Castle will be open throughout the day and you’ll be able to explore it with free guided tours.

For history buffs, or anyone unfamiliar with the area, the Rathfarnham Historical Society will give a guided tour of Rathfarnham’s famous places and names at 3:30pm.

The Historical Society will also lead a walk from the castle to St. Enda’s Park to learn about the 1916 Volunteers.

Irish dancers from the local Merry Plough Boy pub will make an appearance during the day.

As part of Radfest, Rathfarnham Castle will also be graced with some Shakespeare. The Ballally Players will put on a performance of the Merchant of Venice on Saturday at 8pm.