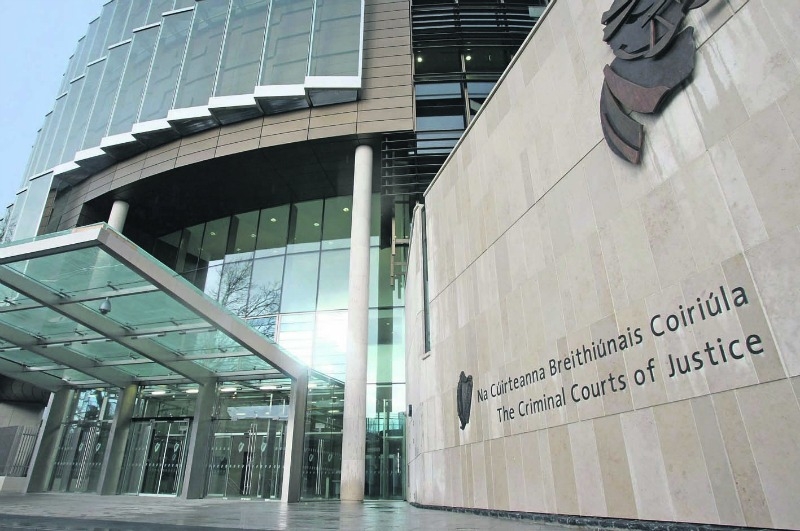 A WOMAN who put a flaming piece of paper through a letterbox due to a dispute about bins will be sentenced later this year.

Garda Robert Whitty told Noel Devitt BL, prosecuting, that he responded to reports of a house fire in Fortunestown, Tallaght, at 8pm that evening.

He later interviewed two children living in the house in question. One of the children witnessed Philip pushing a piece of flaming laminated paper through the house’s letterbox.

Gda Whitty said on the day in question the child and her sister had been in the house of their mother’s friend. They returned to their home at around 6pm and went upstairs to get some clothes.

One of the girls heard a voice shouting “fire, fire” and also calling her mother’s name. The child recognised the voice as that of Gillian Philip.

The child told her sister to be quiet, expecting Philip to leave. She witnessed the paper coming through the letterbox and recognised Philip through the door’s window.

She and her sister were able to quench the fire with water, though the carpet in their hall was scorched.

The girl discovered the piece of laminated paper that had been used to start the fire. Philip called on the child to give her the paper, but she refused and gave it to the gardai when they arrived.

Gda Whitty arrested Philip that evening. She initially denied her involvement in the incident, but soon admitted to pushing the flaming piece of paper through the letterbox.

Sean Gillane SC, defending, said a dispute over bins motivated Philip. The dispute revolved around one person’s rubbish being put into another person’s bin.

Mr Gillane said Philip had “limited cognitive function” and that she was “prone to paranoia.” Philip has a history of alcohol and drug abuse.

He argued that Philip had not intended to cause harm to the residents of the house and that the damage to the carpet were minor.

Philip has five children. She has three previous convictions for theft, public intoxication and failing to appear. These convictions occurred after the incident in this case.

Judge Karen O’Connor remanded Philip in custody and adjourned the sentencing until July 31 next.