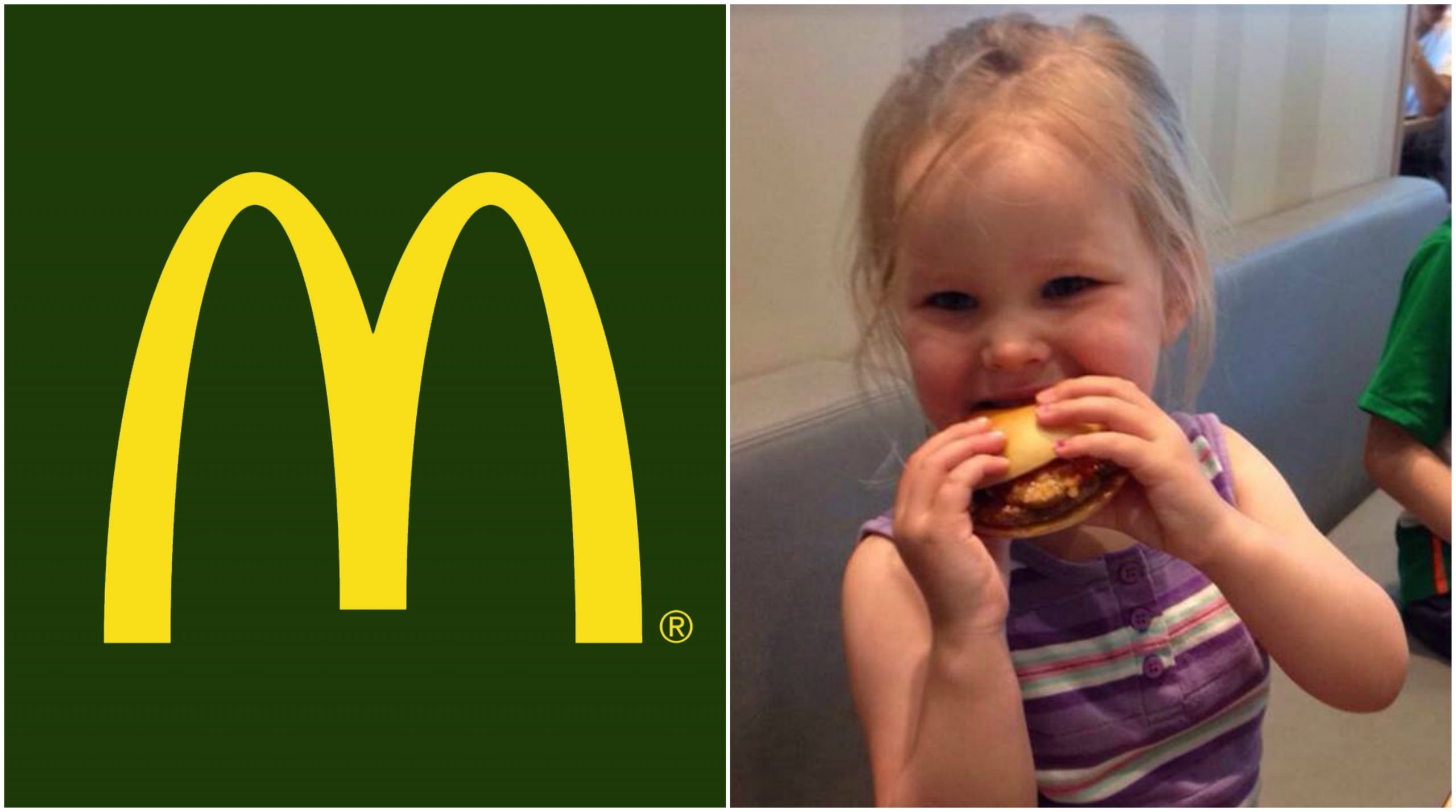 A Tallaght mother has launched a petition to get McDonald’s to offer gluten-free alternatives on their menu in Ireland after her daughter was diagnosed with coeliac disease.

Caroline Hickey’s three-year-old daughter Georgia was diagnosed when she was two after a bout of stomach illness and unexplained weight loss.

The mother-of-three told Echo.ie that this petition makes sense, since Ireland has one of the highest incidence rates of coeliac disease in Europe, with one in 100 people having a gluten intolerance.

She said: “I know people will tell me that McDonald’s isn’t a healthy choice and we wouldn’t eat there weekly. But it’s such a popular place for kids’ birthday parties and is quick and convenient when you’re in town.”

Georgia has to follow a strict gluten-free diet and cannot cook food on the same grill or use the same toaster as the rest of her family, as cross-contamination is a risk.

Caroline said: “She has to have her own press, her own shelf in the fridge and her food has to be labelled.”

Like most fast-food outlets in Ireland, there are no gluten-free alternatives except for the chips, but Caroline noticed it was a different story abroad.

She explained: “We were in this tiny airport in Italy that had a McDonald’s in it. I asked the cashier if the chips were gluten-free like they are in Ireland and she said they were and offered me a hamburger.

“We rarely eat at McDonald’s but I was surprised to learn that you could get gluten-free burgers in a fast-food place.”

A year later, the Hickeys travelled to Portugal where they found that the self-service touch screen had an entire duplicate menu that was gluten-free, except for chicken.

When she returned to Ireland, Caroline contacted McDonald’s and asked if they had any plans to follow their European counterparts.

“They told me that they had no plans for a gluten-free menu because cross-contamination would be a risk, but I know it’s possible to do it because that kitchen in Italy was tiny.”

Carolina launched her petition this month and has so far got 457 signatures.

She said the trend of non-coeliacs choosing gluten-free food can lead to coeliacs not being taken seriously.

She said:“I think with all those health gurus and influencers going gluten-free, it can give coeliacs a bad name or they’re seen as picky.”