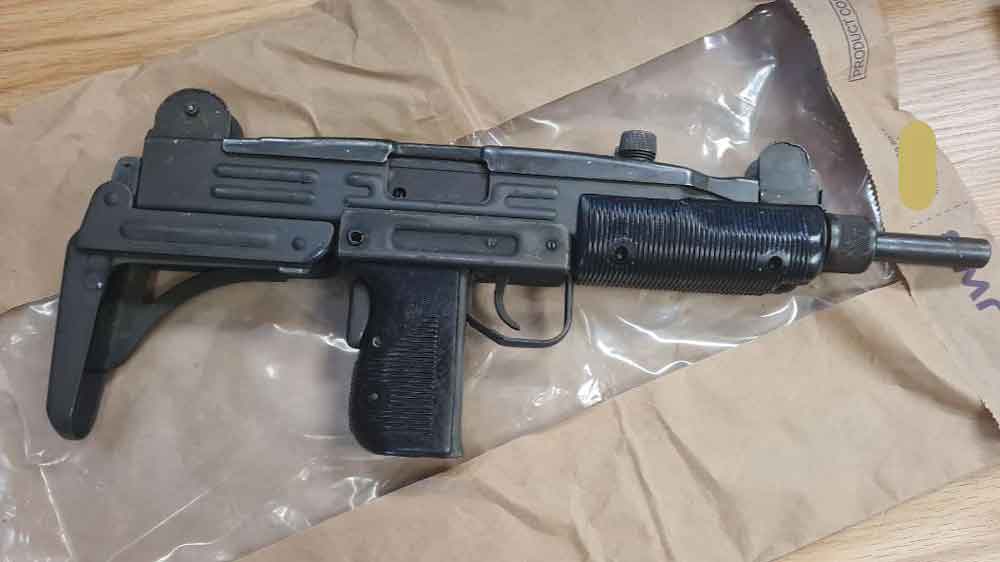 A firearm seized by gardai last year (An Garda Siochana)

125 firearms and drugs worth €3.9m seized by gardai

NEARLY €4m worth of drugs and 125 firearms were seized by gardai in the Clondalkin policing district during the 12 months to October last year.

On top of those numbers, gardaí carried out 1,176 arrests, 261 adult cautions and issued 3,675 court summonses.

The figures came to light after a question posed to Minister for Justice, Simon Harris, by Social Democrat TD Catherine Murphy, regarding Operation Préachán.

Gardai introduced the operation in August last year to provide a proactive policing response to disrupt criminal activities in the Cherry Orchard area, with a focus on car theft, criminal damage and public disorder.

In September, a garda patrol car was rammed in Cherry Orchard in an incident shared widely on social media.

In his response to the query, Minister Harris, who is holding the position temporarily during Helen McEntee’s maternity leave, highlighted a medium-term policing plan which will operate until September 2023, focusing on prolific offenders.

Cllr Daithí Doolan (SF), said Operation Préachán has produced swift results, but a two-fold approach is needed in the area.

“We can’t police our way out of this situation.

“The community is traumatised, and we are at risk of losing another generation,” he said.

“We need more resources because we cannot depend on gardaí to keep the situation calm if it’s on overtime.”