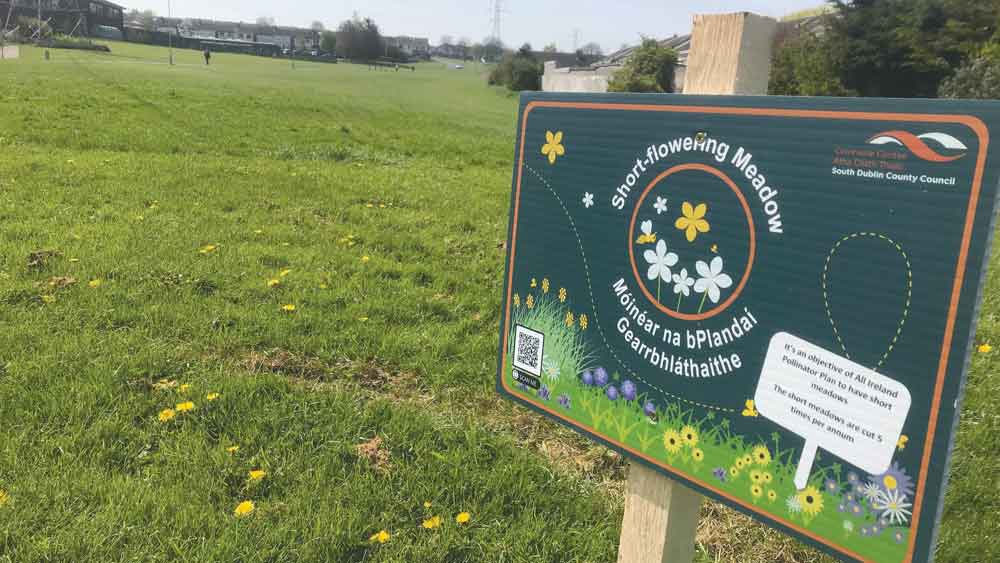 160 acres of park land will be managed as natural meadow

SOUTH Dublin County Council plans to manage over 160 acres of park land as natural meadows over the course of 2022, but the local authority admitted that some citizens still have reservations over the necessary grass cutting carried out in these meadows.

As reported in The Echo last week, park users complained about damage to bird nests in Tymon Park during grass cutting that was carried out on a natural meadow there.

The development of long-flowering natural meadows is part of the council’s wider Pollination Action Plan.

In a recent update on the action plan, the council admitted that cutting meadows at any time of year could generate complaints, but it is a necessary part of developing the meadows.

“Some of the meadows are cut at the end of the flowering season while others are left to overwinter and are cut later in the spring to provide winter hibernation places for insects and their larvae,” stated the council.

“Cutting meadows at any time of the year may generate complaints from the public as many people believe meadows are purely natural ecosystems that require no intervention, this is not the case.

“If we did not manage the meadows, most would return to rank grassland and lose their benefits to pollinators.

“The meadow management techniques used by South Dublin County Council are aligned with best practice and are supported by the All-Ireland Pollinator Plan and these require the meadows are cut once per year, either in autumn or spring.

“With grass cuttings removed, this depletes the soil of nitrogen, allowing natural wildflowers to grow and establish.”

Another aspect of the update included confirmation that the council is currently undertaking a county-wide trial on short-flowering meadows.

The short-flowering meadows are currently being trialled in Sean Walsh Park, Carrigmore Park, Woodstown and Riversdale.

“This initiative has the potential to be a more environmentally beneficial way of managing public open space and it is an objective within the All-Ireland Pollinator Plan,” stated the council.

“The cutting and collecting programme will allow short flowering species to flower and set seed and will reduce the overall competition from grass species as the ground is depleted from nitrogen.

“This initiative has the potential to vastly expand the areas we manage for pollinators.

“If the trial is successful, residents’ associations can request areas within their estates be left for short meadows to promote pollinator food sources and habitats.” The development of meadowlands in the county was also accounted for in this year’s council budget, which was adopted by councillors last December.

It is noted in the budget that the area of parks being managed as wildflower meadowlands had increased to 145 hectares in 2021.

Additional funding has been provided for this year for the annual cutting of the increased area of meadowlands, while additional funds have also been provided on a once-off basis for the planting of small pollinator-friendly, wildflower planting schemes.