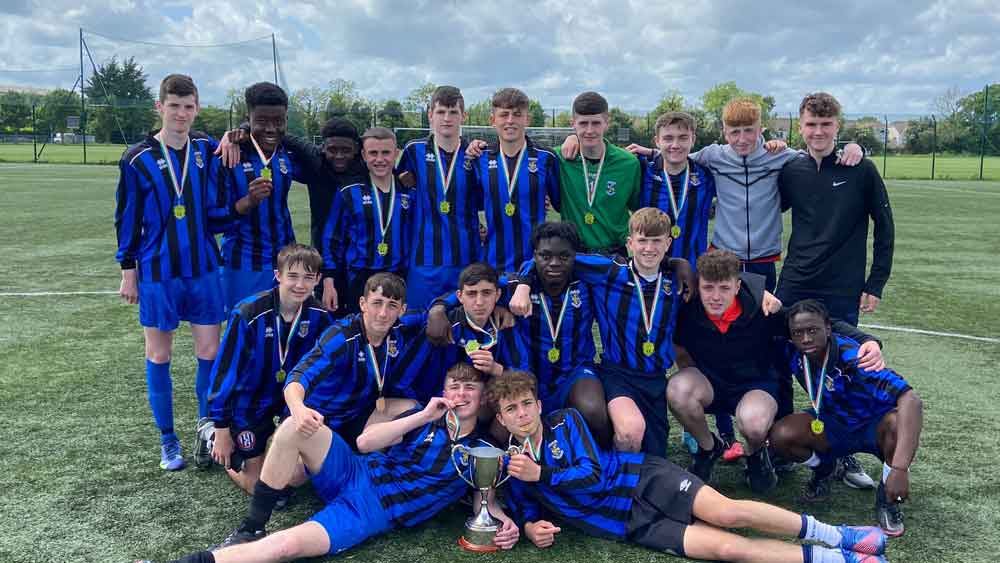 Tallaght Community School won the Under 17 Division One Dublin League

GOALKEEPER Leo Dempsey emerged the hero for Tallaght Community School as they won out 5-4 in a dramatic shootout that went to sudden death, to bag the Under 17 Division One Dublin League trophy at the expense of Moyle Park at the SDFL Grounds on Thursday.

In what proved a very tight encounter between two very well-matched sides, it was the Clondalkin outfit who went closest early on.

Managed by Damien Keane and Stephen Dunne, Tallaght played their way into the game and were unlucky not to have edged ahead by the halftime break after Naj Razi hit the crossbar.

Thanks to the midfield partnership of Kevin O’Neill and Calum McCabe, Tallaght began to exert more of a hold on proceedings after the recess although both teams were not short of decent chances to open the scoring.

Nevertheless, the match remained 0-0, meaning the destination of the title was ultimately decided by way of a penalty shootout.

And it was Tallaght netminder Dempsey who really stood up to the plate, making two outstanding saves before Shane O’Neill fired home the winning spotkick to help ensure that it was Tallaght captain, Cian Barrett who lifted the trophy.

The victory marked the second time in as many years that Tallaght CS had edged out their Clondalkin rivals for silverware, having prevailed in a shootout for the Under 15 title back in 2020.