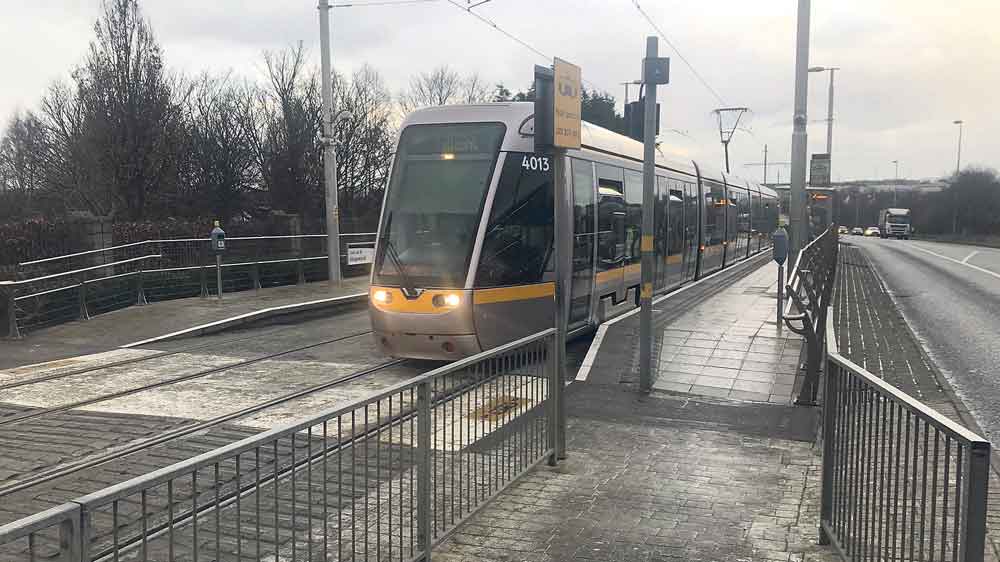 18% increase in anti-social behaviour on Luas

RISING levels of anti-social behaviour on public transport are putting workers and passengers at risk, according to the general secretary of the National Bus and Rail Union (NBRU), who is calling for a dedicated public transport police service.

In figures released in response to a parliamentary question submitted by Fine Gael TD Neale Richmond last month, it was found that incidents of anti-social behaviour on the Luas increased from 593 in 2019 to 702 in 2020.

This shows an 18 per cent increase in the incidence of anti-social behaviour on the Luas, with a further 679 incidents occurring up to October this year.

Dermot O’Leary, general secretary of the NBRU, told The Echo there are concerns about worsening levels of anti-social behaviour across all public transport services.

He believes there is a need for dedicated transport police.

“What the Luas figures show is symptomatic of what’s happening on public transport – the whole of the bus, tram and train services are affected, and this comes as no surprise to us in the union,” he said.

“There’s no doubt that there certainly has been an increase in antisocial behaviour.

“And what’s starting to stick out like a sore thumb is the lack of a garda unit for public transport to deal with antisocial behaviour.

“On the Luas, drivers are in a cab and there’s some form of protection, but some of the bus drivers in the Tallaght area are concerned for their own safety and that of their passengers.

“These issues have been highlighted ad infinitum by the union.

“It’s a concern for all frontline public transport staff.”

Mr O’Leary is calling for politicians to legislate for a dedicated section of the guards to work specifically on public transport, which he admits “isn’t a panacea” but could help to quell antisocial behaviour.

“Are politicians waiting for someone to be seriously injured before something will happen?” he said.

Local Fianna Fáíl TD John Lahart told The Echo that a commitment to further resourcing gardai to deal with anti-social behaviour is included in the programme for Government, and he believes that a separate police force apart from the gardai to work on public transport could be a potential option.

“It doesn’t have to be a dedicated garda unit,” said Deputy Lahart.

“For example, the airport police are a separate police force and they have powers of arrest and detention.

“But I do think that, for the public, the notion that there is always the potential that a garda might just be on a Luas or just be on a bus could be sufficiently off-putting for troublemakers.”

Deputy Lahart said he will be raising the issue with transport minister Eamon Ryan at a meeting next week.

A spokeswoman for Luas operator Transdev said their security teams and gardai work with communities, schools, and youth groups local to the Luas network to reduce incidents of anti-social behaviour.

She added: “Transdev warmly welcomes the Garda plan ‘OperationCitizen’, which is in operation today and aimed at making Dublin city safer.

“We likewise welcomed the initiative by the Assistant Garda Commissioner for Dublin in 2020 who appointed a Garda Liaison Inspector for each Garda Division within Dublin as a point of contact for all transport providers with a view to curtailing antisocial behaviour.

“Also, as part of the policing plan in each Garda division within the Dublin region, gardai are assigned to patrol on the Luas during their tours of duty.

“In addition to this work, we provide CCTV footage to the gardai to assist them with all of their investigations.

“The combination of working with the gardai and with local communities greatly assists us in reducing incidents of anti-social behaviour and delivering a safe transport system.”