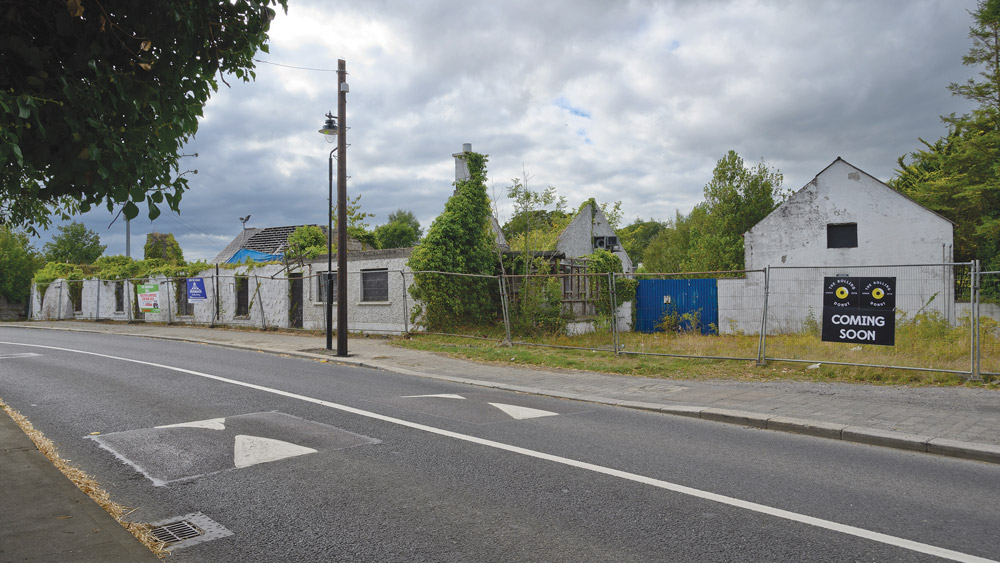 PLANS for the demolition of the former McEvoy’s pub in Newcastle to make way for an 18-unit residential development have been refused planning permission.

Rathgearan Limited, with an address in Celbridge, submitted the plans in August for the demolition of all the existing structures on the site.

The proposed demolition was to allow for the construction of 18 residential units provided in two separate blocks.

Ancillary development including reusing existing vehicular access and egress off Hazelhatch Road and providing a new vehicular egress only onto Main Street, was included.

This month, South Dublin County Council refused permission for the development on a number of grounds.

These include the applicant’s failure to demonstrate compliance with zoning objectives for the site, and the council’s view that the development would “result in a significant and detrimental impact on the adjoining heritage asset”, particularly the historic fair green.

The council also noted in its decision that it would be a “visually dominant development [that] would have serious adverse effects on the special character of the Newcastle Architectural Conservation Area.”