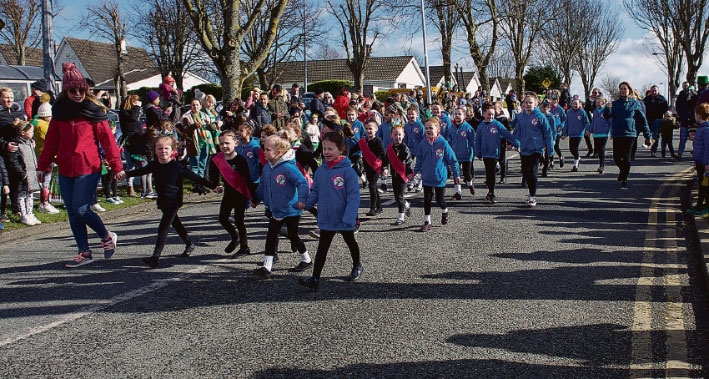 29th Lucan parade was another big success with fun, music and colour

Lucan held their 29th consecutive St Patrick’s Day parade and it was another big success.

“The parade was great fun, with lots of music, colour and local organisations demonstrating their expertise in dancing and sport”, said committee member Caroline Brady.

“A lot of work went into the parade by local dance groups and sport clubs and overall it was a fantastic day. The organising committee were delighted the way it went and we are already looking forward to next year – which will be our 30th year.”

Organisers in Lucan say that around 8,000 attended the parade with 1,700 participating, involving 30 groups.

Deputy Mayor Cllr Danny O’Brien was among the dignitaries on the review stand, with Zara Curtis, Academy of Irish Dance crowned winner of the Lucan St Patrick’s Day Perpetual Trophy.

The best dressed award went to Brett visiting from Canada, who really got into the spirit of the day where he was dressed in green with a white jacket covered in green shamrocks.

“Thank you to Lucan Gardai – without their guidance, advice and support the parade would simply not happen. They were part and parcel of the first parade, and the first meeting of the parade committee was held in Lucan Garda Station in the second week of January 1991. Special thanks to the community gardai,” said Caroline.            See photos on page 64.