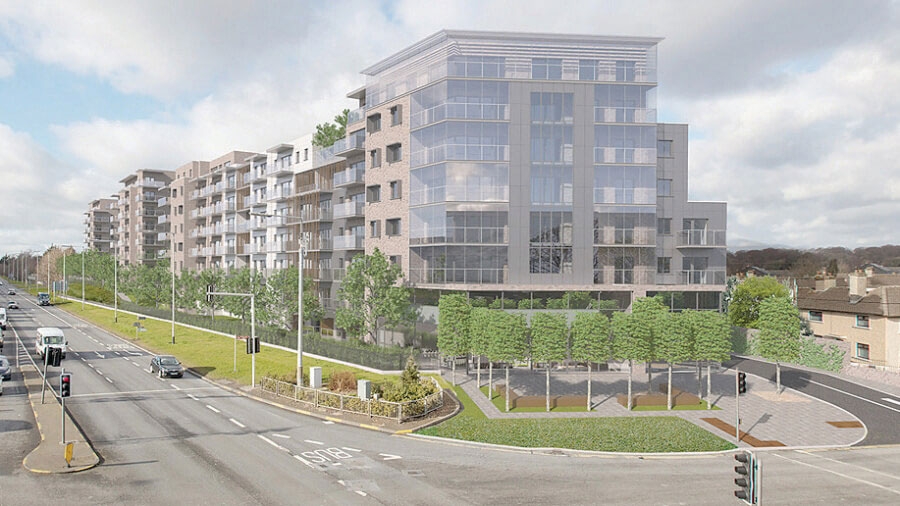 In their decision An Bord Pleanala ruled “that the proposed design strategy as it relates to scale, mass and orientation of structures on the site does not provide an appropriate design solution having regard to the site’s locational context along the R-148 regional road and to the established character and pattern of residential development along the northern boundary which is located within an existing traditional village setting.”

They described the arrangement and overall design of the scheme as “monolithic”, “repetitive” and with “unsympathetic proportions relative to the character of the properties located to the north and would represent over development of this site.”

The Bord said the development “would have an overbearing and overshadowing impact” on the existing residential amenities of the properties to the northern boundary.

Finally the Bord said that the proposal would be contrary to the National Planning Framework and Ministerial guidelines and would seriously injure the amenities of property in the vicinity.

He said: “Full credit must go to the dedicated work of the Residents Association Action Group that represents the communities north of the R148 or the Palmerstown Village environs.

“Of course I and my Community Alliance Colleagues Paul Gogarty and Liona O’Toole put up a strong campaign against the awful proposal, but the action group must get the credit.

“Reading the ABP reasons for rejecting the application I’m thrilled that they believe it was out of line with the “established” character and traditional village setting.

“That should frustrate any future attempts at that scale of development.”