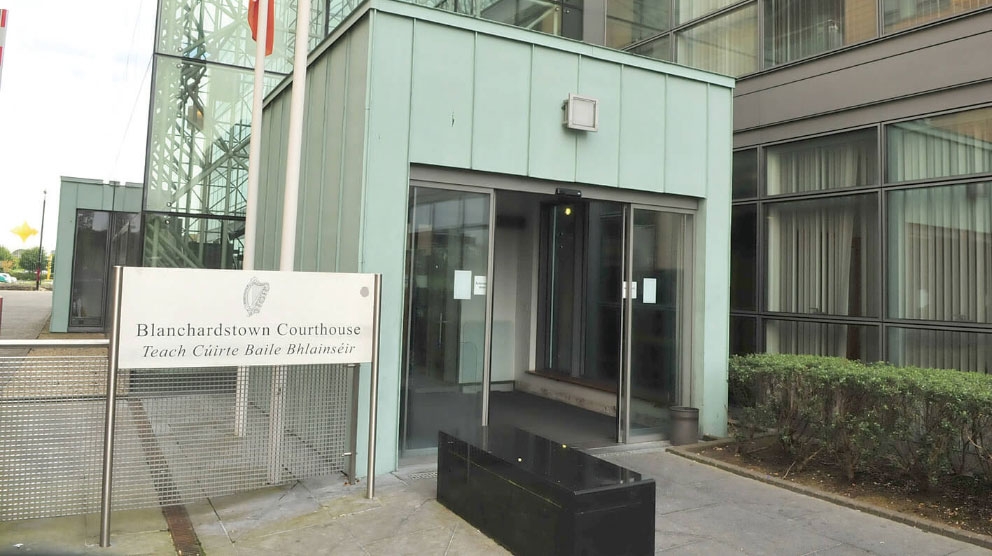 A YOUNG man who broke a shop assistant’s jaw in a row about youths playing football has been jailed for four months by Blanchardstown District Court.

A group of youths had been playing football outside Londis in Adamstown two years ago. The shop assistant asked them to stop but they continued so he went out and took the ball.

Berki, aged 22, with an address at Greenfort Drive, Clondalkin, had pleaded guilty to assaulting Danish Khan causing him harm at Londis, Adamstown, Lucan, on October 19, 2016.

He was before Judge McHugh for sentencing and a victim impact statement.

He asked Sergeant Geraldine McManigan to remind him of the facts.

Sgt. McManigan said that at 8.30pm on the above date, gardai were called to an altercation in Londis between a group of youths and a staff member.

She said that the youths had been playing football outside and had been asked to stop by the staff member. They had continued to play and the shop assistant had taken the ball.

Berki, a friend of the youths, entered the shop and demanded the ball back. Berki then punched the shop assistant in the face and he fell to the ground.

Sgt McManigan said Mr Khan suffered a fractured jaw and had a metal plate inserted in his jaw.

The court had heard that Mr Khan had suffered swelling to his jaw and had difficulty chewing.

She said Berki had no previous convictions and had paid compensation of €670 to his victim, €500 in compensation and €170 in loss of earnings.

Berki’s solicitor, John O’Doherty, said his client had no previous convictions and had pleaded guilty at the earliest opportunity. He said Berki was in full-time employment.

Judge McHugh said that despite the facts that Berki had no previous and had paid compensation, the injured party “was a victim of an appalling assault leaving him with a broken jaw.”

He said the injured party had suffered “appalling injuries” and it was his opinion that the case merited a custodial sentence.