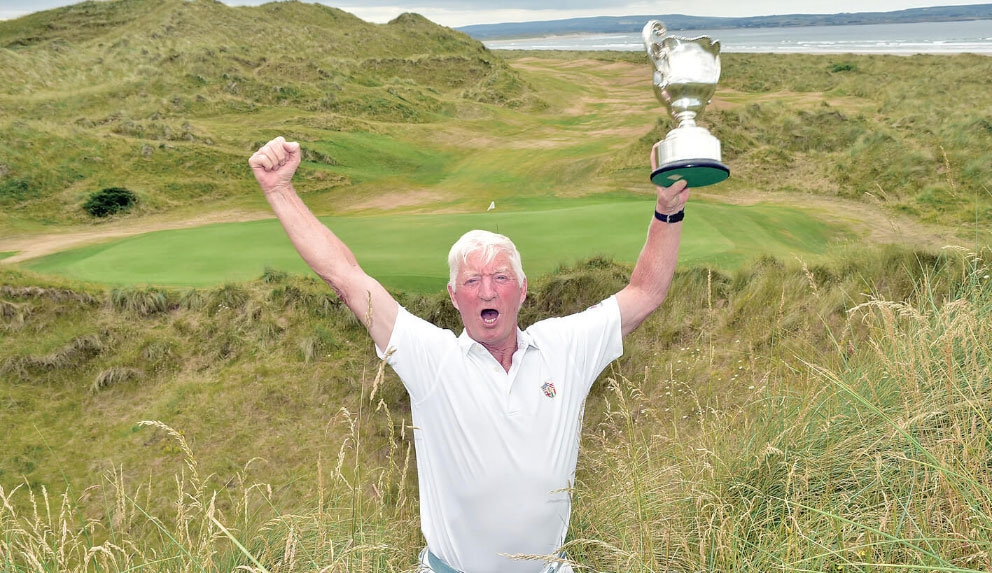 Champion golfer Maurice will be hard act to follow

The Saggart man was inducted into The Echo Sports Hall of Fame at The Echo’s Sport Awards in 2017, in recognition of his sporting talent.

A winner of five European Senior Team medals and as many Home Internationals, Maurice had five Irish Senior Close Championship titles to his name along with one Irish Open, one Italian Open and two Spanish Open honours.

Speaking to The Echo after his induction into the Sports Hall of Fame in 2017, Maurice said: “The main one for me would be the Irish Seniors, winning your home tournament. That’s the big one for me.

“But there are lots of other things, like the European Championships – winning them five times with Ireland is incredible.

“The guys I play with are all legends in Irish golf, whereas I’m sort of the outsider in all of that, but I got lucky. I work hard on the game.”

Maurice’s funeral was held in the Church of The Nativity of The Blessed Virgin Mary, Saggart, followed by burial in Saggart Cemetery.