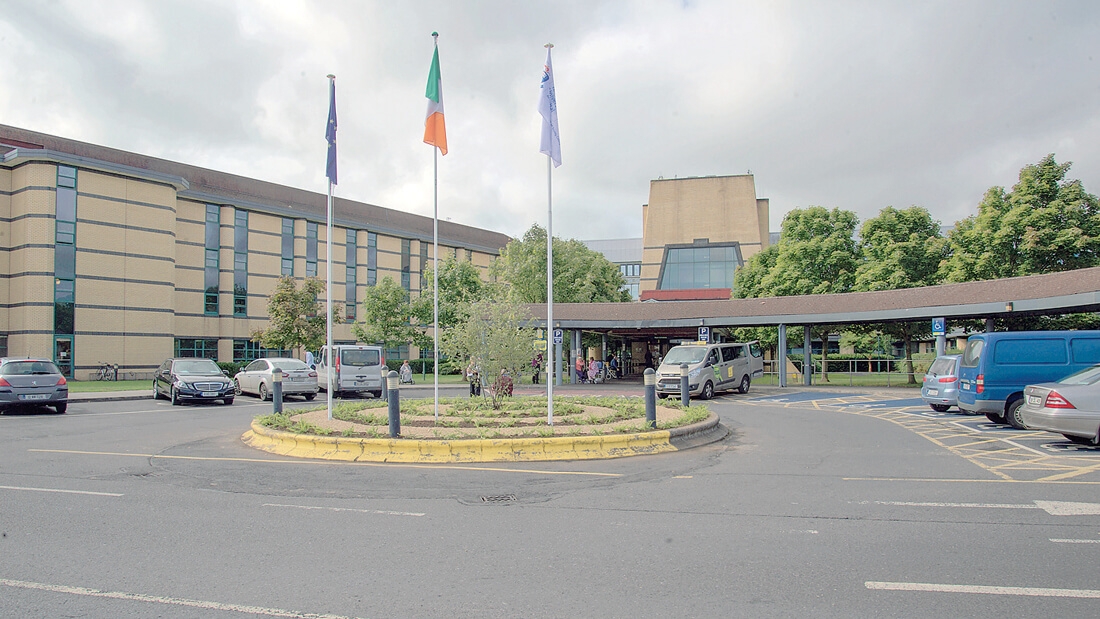 INPATIENT waiting lists at Tallaght University Hospital are at their lowest level in over three years, according to the local health facility’s Annual Report 2018.

With a total annual budget of €240.67m [and an outrun budget of €244.9m], the “major challenge” for the hospital is “to maximise the level and quality of service delivery within the resources allocated”.

However, according to the Annual Report, the increased allocation was welcomed but “insufficient” to meet the combination of increases in costs of patients care and the reduction in income.

However, despite challenges faced, the hospital has reduced its inpatient waiting list to the lowest level in three years.

While there is still some way to go in addressing waiting lists, particularly in relation to outpatient services (24,000) and adult day cases (2,895), the hospital has implemented a number of initiatives to help reduce both outpatient and inpatient waiting times.

The opening of the SIMMS building in September 2018 was also an important milestone for the hospital and its patients, and was the first in a series of developments in which TUH will bring speciality clinical services into the community.

Located in Tallaght Cross, the SIMMs building is now home to the hospital’s endocrinology, diabetes and podiatry outpatient services – and will treat 12,000 patients annually in a community-based setting.

The SIMMS building also has the knock-on effect of freeing up much-needed space on the hospital campus.

In line with previous years, there was a further increase in the number of patients over the age of 75 who attended ED.

However, while there was an increase in the number, age and acuity of patients presenting to ED, there were almost 400 fewer patients admitted.

According to the report, this is due to the implementation of several initiatives in 2018, such as the GEDI (Gerontological Emergency Department Intervention) team for older people.

This interdisciplinary initiative aims to “identify, assess and proactively manage the medical and social care needs of frail older patients” who present to ED.

According to the report: “[The GEDI] has resulted in reduced mortality and has assisted us to reduce the need for acute hospital admission, reduced the length of hospital stay for those admitted and reduced the likelihood of dependence on residential care for these vulnerable patients.”

An additional ED registrar at night and extended opening of the rapid assessment and treatment unit in the emergency department also kicked in last year.

In the Children’s Hospital, 32,424 ED attendances were recorded and 5,574 child admissions.

“2018 has plenty of examples of this innovation and positive outcomes for our patients, one such example is the reduced inpatient waiting lists reduced to their lowest level in three years.”

Ms Nugent paid tribute to the “world-class dedicated and committed” hospital staff for their work in 2018, stressing that the ethos of TUH is grounded in “working with and for the community”.

To read the full report on the Tallaght University Hospital website.

NEWER POSTPark West company named one of the Best Workplaces in Europe
OLDER POSTPotential for 2,000 residential units in Cherry Orchard and Park West