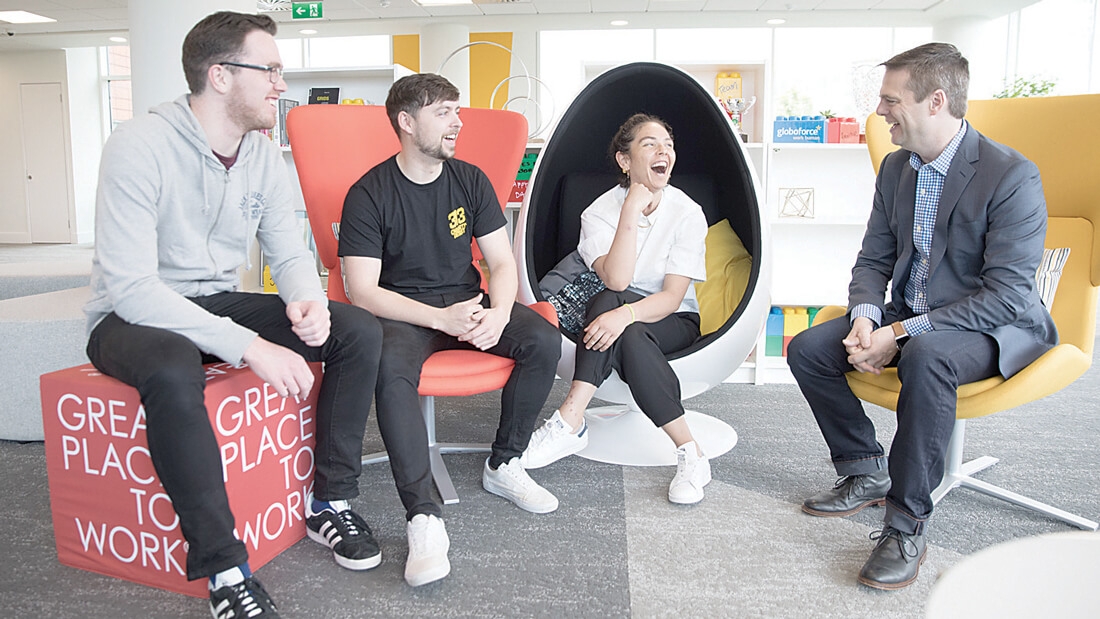 Park West company named one of the Best Workplaces in Europe

Workhuman, the Irish technology company, has been named as one of the Best Workplaces in Europe in 2019 by the Great Place to Work Institute.

Based in Park West, Workhuman ranked number 39 on the 2019 annual list of more than 2,000 companies across Europe.

Workhuman, led by Eric Mosley from Glenview in Tallaght, has consistently been placed on Great Place to Work listings both in Ireland and internationally.

The company has helped some of the world’s biggest organisations build cultures of gratitude and human connections, including LinkedIn, Procter & Gamble, Symantec, Cisco, Eaton, Baker Hughes, Intuit, and The Hershey Company. Today, four million people around the world are on the platform across 160 countries.

Reacting to the accolade Niamh Graham, vice president of global HR at Workhuman said: “We were delighted to finish top of the Irish Great Place to Work awards in February of this year and this success at European level is another testament to the value of Workhuman’s culture and the wonderful people who make Workhuman such an incredible place to work.

“This accolade is the perfect illustration of the power of bringing gratitude and better connections into every organisation.

Workhuman’s culture is unique and it reflects the amazing work of our teams across Europe, each of whom have contributed massively to our success.”

More than 1.6 million employees from 2,800 companies across Europe participated in the survey process for the 2019 Best Workplaces in Europe list. The ranking assessed employees’ perspectives on leadership, innovation, inclusion, organisational culture, and trust.

Great Place to Work’s CEO, Michael Bush said: “The organisations on this year’s Best Workplaces in Europe list represent forward-thinking cultures that cultivate inclusion for all. They understand that employees are people first and foremost and provide them with environments where they can be themselves, build strong bonds, and thrive with their peers.”

Earlier this year, it announced a major expansion of its operations with the creation of 150 new jobs and the opening of its newly expanded €4M headquarters in Park West.

Workhuman is shaping the future of work – and the world – through its people and global technology.

The company is building cultures of gratitude and human connections for leading global brands – and that starts with its own.

At Workhuman, employees can truly experience the benefits of an award-winning workplace and caring culture rooted in respect and gratitude.