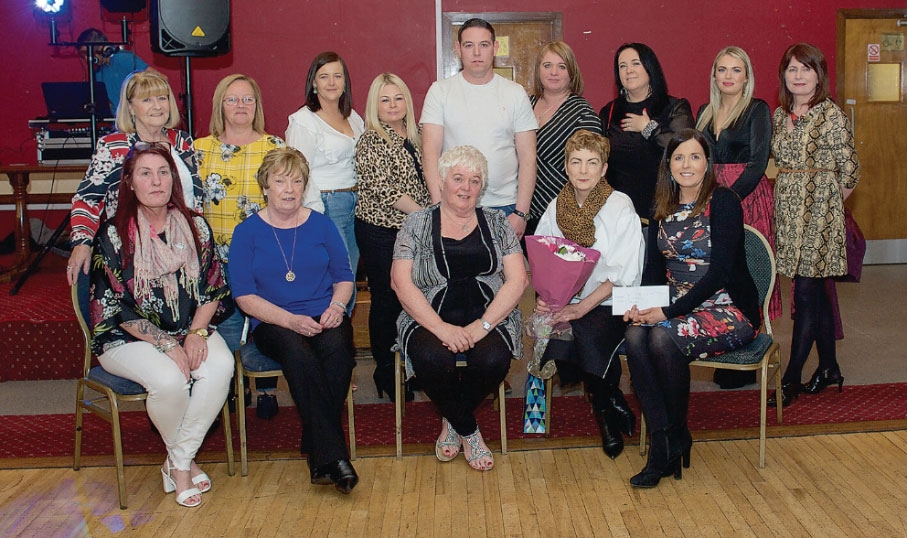 Over €6k was raised for the autism unit at St Peter Apostle Junior National School in Neilstown.

The two ladies have been involved in two recent campaigns, which collectively, have raised over €13k for autism units at both St Peter Apostle SNS and JNS.

Last December, over €7,000 was raised for the autism unit at St Peter Apostle senior school.

On Friday night at the Coldcut Club, “the place was packed” for the latest fundraising event, according to Marian.

“It was a brilliant night, we were delighted with the turnout,” she said.

“We raised €6,235 for equipment for the autism unit at the school, plus €800 for the church roof, and we presented retiring Principal Ann Tobin (St Peter Apostle JNS) with a bouquet of flowers, a voucher for Liffey Valley, and a pen engraved by the people of Neilstown. She worked there for 40 years.

“John Sisk and Son donated equipment for the autism unit, money was raised through tickets and we had fantastic prizes donated for the raffle. All of the money has been handed over. Thank you to everyone who took part and helped out, local businesses and the people of Neilstown. It is amazing to raise over €13k for the two schools in the space of a few months.”