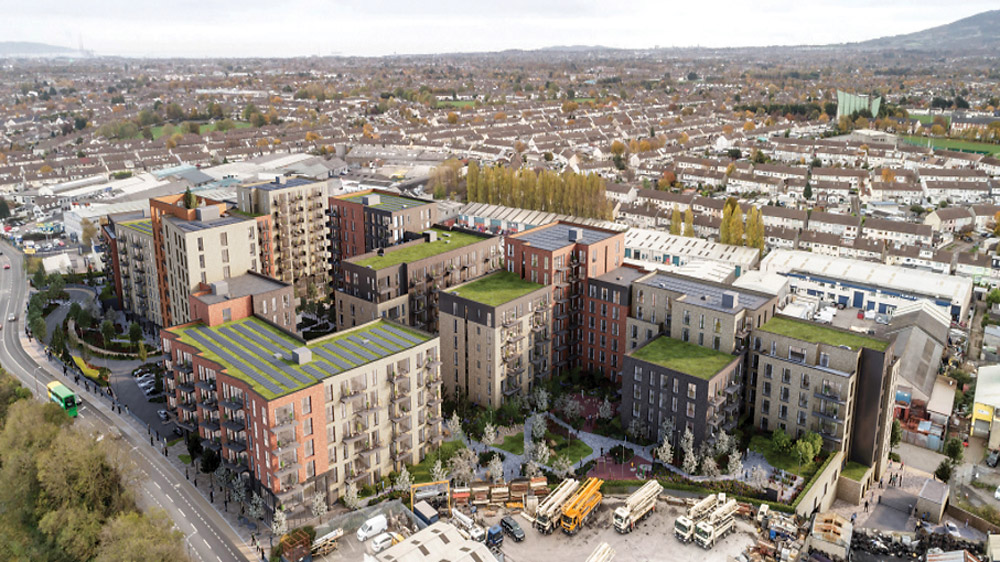 PLANS for a 12-storey 633 build-to-rent scheme the former Chadwicks site on the Greenhills Road has been refused permission by An Bord Pleanála.

An Bord Pleanála refused permission on a number of grounds – chief among them that the proposed development in its current form “would be contrary to the REGEN zoning objective for the site.”

In its objection to the scheme, Brennan’s managing director Gareth Doherty said Brennan’s was located adjacent to the proposed site and that the planned development had “the potential to seriously injure the continued operations of our facility which has been operating at this location for 45 years.”

Mr Doherty said Brennan’s bakery was “a significant employer in the area, employing over 180 direct employees and 170 distributors.”

He pointed out that the area is zoned for industry “and placing a residential development within an established and existing industrial area is completely incongruous and out of keeping with its surroundings.”

He said that “it is a concern to us that new residents of this proposed development may object to established activities of our business in the future” and the introduction of residential developments could give rise to “noise complaints from residents.”

In its decision to refuse, the appeals board said there was “potential conflict” with the proposed Bus Connects corridor connecting Tallaght and Clondalkin to the city centre and the car-dominated environment at the Greenhills Road part of the proposed scheme.

The appeals board also refused planning permission after concluding that the proposal would contravene a development plan policy which seeks to ensure that all new residential development within the county is of high quality design.

A planning statement lodged with the Strategic Housing Development (SHD) scheme stated that the proposal “is of a high-quality design which will make a positive contribution to the area and create visual interest in the streetscape, which is currently lacking on Greenhills Road.”

The planning report also said that “the development has been designed to an exceptionally high standard to contribute to the urban form of the area and it is considered that the proposal will not give rise to any undue impacts on the amenity of any adjacent properties.”

The subject 6.8 acres site went on the market in 2018. At the time, Stephen Mellon of Savills told The Echo that they were seeking offers “in excess of €3m” and that there was “strong interest” in the site.