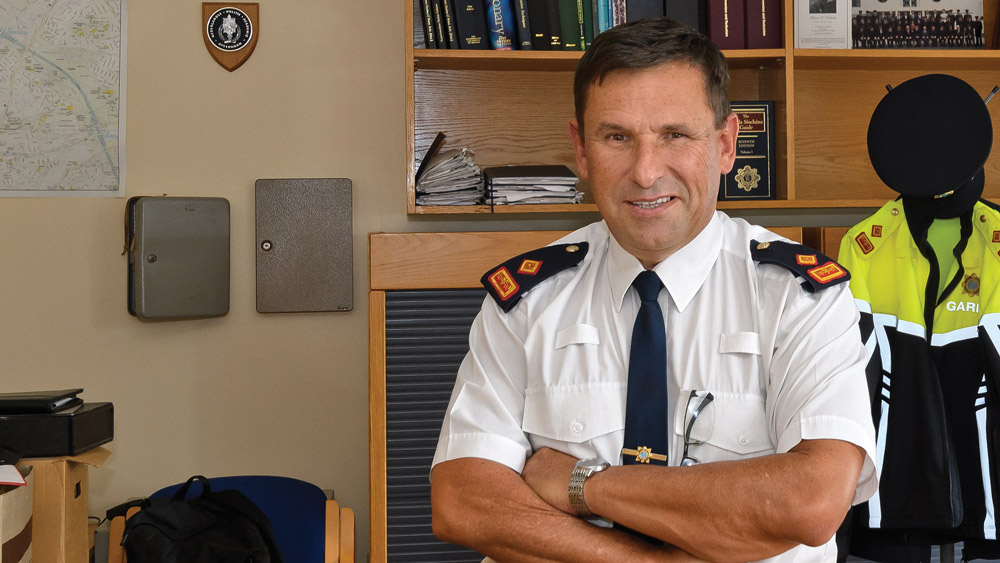 ‘A new station is needed but the priority is new staff’

AFTER nearly five years at the helm of Tallaght District, Superintendent Ian Lackey is this week moving on to take up a position in the National Protective Services Bureau.

Supt Lackey arrived in Tallaght in late 2017, his third time to work at the local station since his graduation from Templemore.

Living in Rathfarnham as a child, Supt Lackey’s first placement as a new recruit in 1992 saw him work alongside the community Garda in Fettercairn.

After a six-month stint, Supt Lackey moved on to positions in Kildare before coming back to Tallaght to serve as a Sergeant between 2000 and 2003.

Then it was on to Naas for three years, Garda HQ for five and then Granard in Longford, where he served as Superintendent until 2013 when he moved to Naas for two years.

In 2015, Supt Lackey was involved in An Garda Siochana’s Modernisation and Renewal Programme – before returning to Dublin 24 in 2017 to lead the Tallaght District, which includes Rathfarnham.

This week, Supt Lackey will say goodbye to Tallaght for a third time as he moves into the city centre to start a position with the Garda National Protective Services Bureau (GNPSB).

The bureau also liaises with relevant Government departments, State bodies and voluntary groups, embracing a multi-agency approach to tackling these crimes and their causes.

According to An Garda Siochana, the primary considerations in these cases are the protection and welfare of the victims, while ensuring the proper investigation of the alleged activities.

As he prepares for his new position, Supt Lackey told The Echo that he will miss Tallaght after five “enjoyable” years.

“It’s been extremely enjoyable, I have had five of the most enjoyable years of my career”, Supt Lackey said.

“It has been challenging at times but overall enjoyable.”

Working with communities, local groups, public representatives and organisations like Tallaght Drugs and Alcohol Task Force was an important aspect of the past five years for Supt Lackey.

“Everybody has the interests of the community at heart”, he said.

“I’d like to thank the community for its friendship and support over my time here, and I know you’ll give the same support to my successor.”

However, a reduction in new recruits due to the pandemic and a series of promotions and retirements in the Tallaght District have resulted in a drop in local Garda numbers.

“Ultimately a new station [at Tallaght] is needed, but the priority is new staff.

“We need to get staff back out in the community.”

Looking back over the past five years, Supt Lackey said that there has been some serious incidents and crimes that he believes the local Garda team dealt with well.

“I’d like to say thanks to all of the people who work here [at Tallaght and Rathfarnham], it’s a good team, with a good work ethic,” he said.

Supt Lackey will start his new position this Thursday, October 20, with new Tallaght District Superintendent Tom Gormley, who was previously based at Store Street, picking up the reigns.