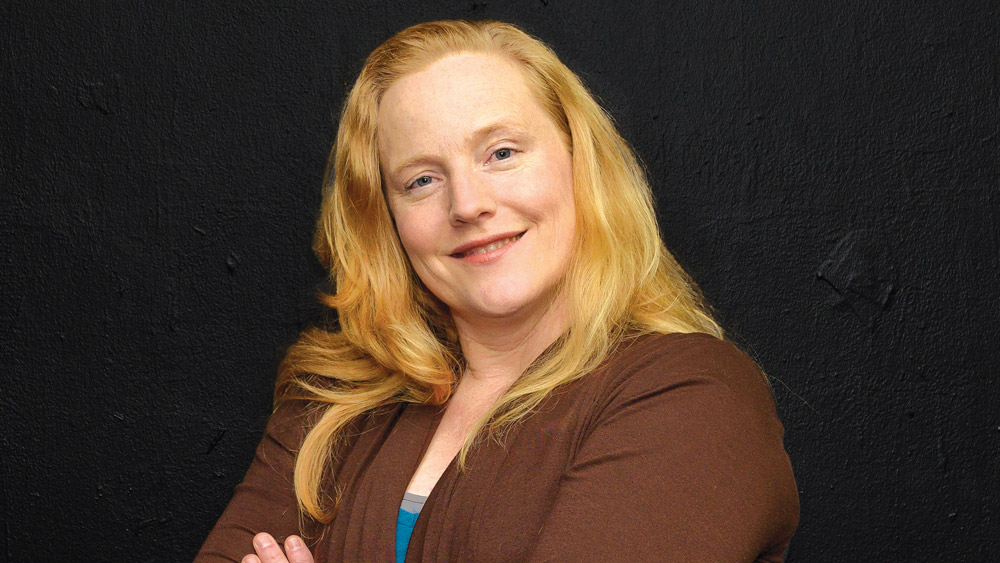 Jenny Macdonald developed a love of theatre growing up in Toronto, Canada, as the youngest of five children. Jenny now works with Tallaght Community Arts

JENNY Macdonald has a rich list of credits to her name as a writer, performer, director and facilitator, with a particular emphasis on community theatre.

Growing up in Toronto, Canada, as the youngest of five children, Jenny, who now works with Tallaght Community Arts, quickly developed a love of theatre.

When she was in elementary school and high school, she regularly took extra classes in creative pursuits such as sculpture and magic, before being enthralled by the theatre.

“I would’ve done school plays when I was in elementary school,” Jenny told The Echo. “I was 11 when I auditioned for a school play and thought I’d be Sleeping Beauty.

“I wasn’t picked to be Sleeping Beauty, and I remember feeling really affronted by it. I was listed as a forest animal.

“I remember my mom telling me that meant I had to be the best forest animal I could be – so I was a skunk, and she helped me make the costume for it – and that was a really good lesson for me.”

Jenny continued to develop her performing skills and delved deeper into the world of theatre when she attended a summer camp in rural Ontario in her adolescence.

She was also involved in the Young People’s Theatre in Toronto and grew an appreciation for the many different facets of theatre work.

“I always had this sense that the theatre was a magical place and was a little more interesting than everyday life,” Jenny recalled.

“There were all these different elements that you could play with, like set design and lighting. I just thought it was amazing that you could create this other world with it.” 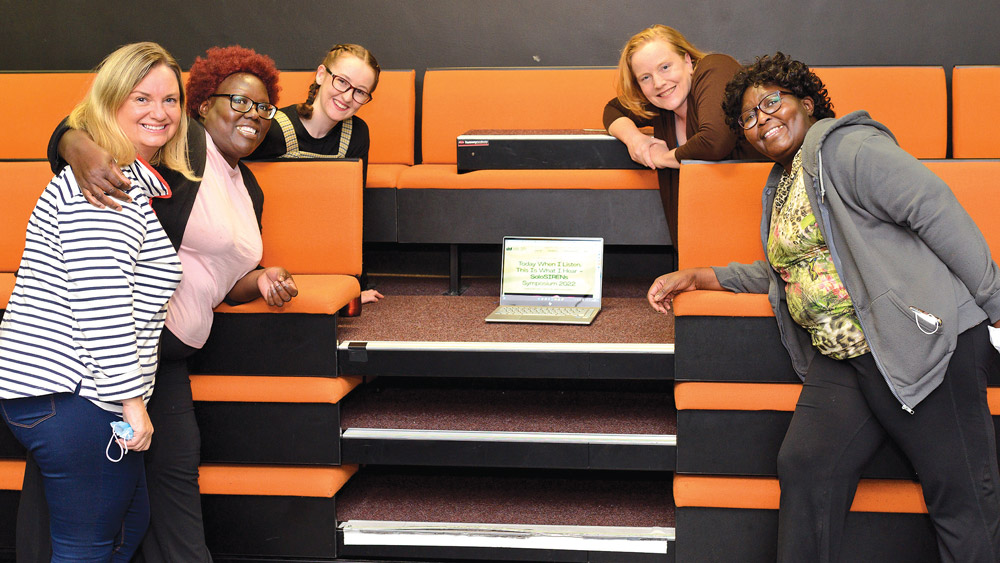 She added: “When you go into a theatre and everyone’s talking, and the lights go down and everyone focuses and settles into it – that moment is amazing.”

After she finished college, Jenny had a desire to travel and went to the Edinburgh Fringe Festival – which was an ambition she’d held since she was a teenager – and travelled around Europe.

During a stint in Edinburgh, Jenny visited Dublin and found out about an MPhil in literature in Trinity College which piqued her interest, which she applied for and received a scholarship.

After her studies, Jenny moved to London and was advised by a friend to go to a workshop led by Tony Fagan, who was then based in London and went on to be the director of Tallaght Community Arts.

The workshop featured a piece about South Africans’ experiences after living under the apartheid regime through the use of community theatre.

“It was one of those moments in life where you see something and you think, ‘I’ve always wanted to do that, but I never knew it existed’,” enthused Jenny.

Jenny then did an apprenticeship in London with Tony to develop her craft and came back to Dublin afterwards and did her first project – one of many – in Tallaght in 2008.

“My first impression of Tallaght was, ‘Oh, it’s very North American’,” laughed Jenny. “Because there was a big shopping mall, the roads were so wide, and there were lots of modern apartments.

“On the one hand it looked so modern and concrete and grey, but on the other there’s the hills and the old main street in the village. 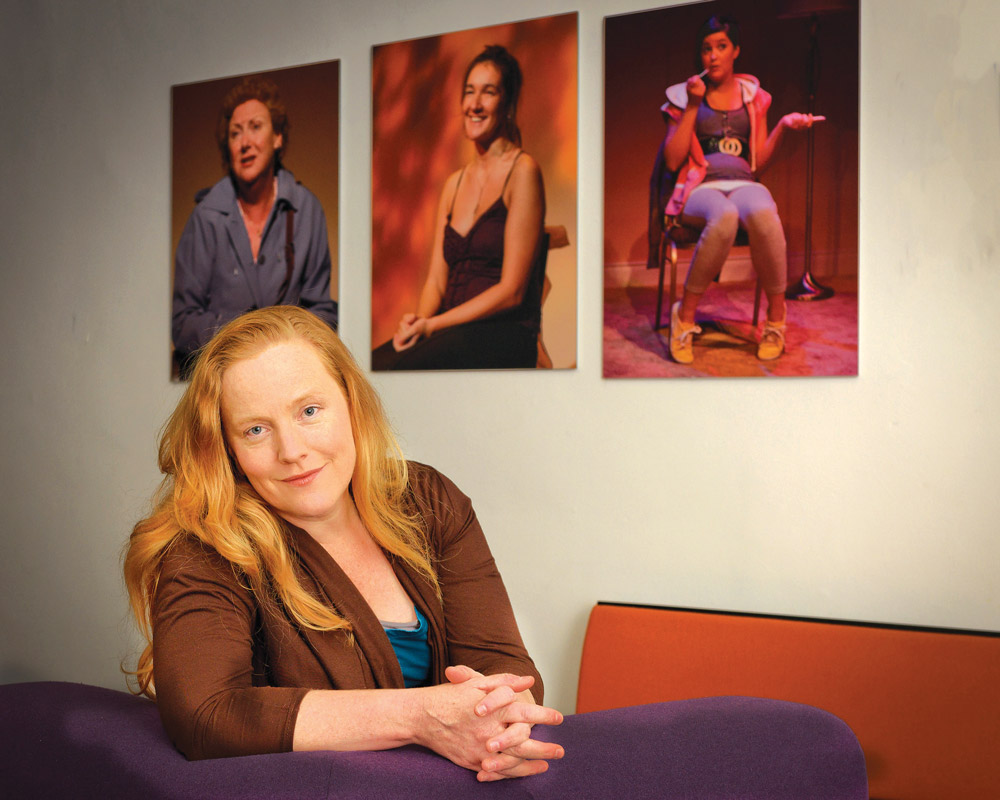 “It felt very dynamic and there was a lot of buzz. I liked Tallaght right away.”

Since then, Jenny has been heavily involved with Tallaght Community Arts, encouraging local young people to participate in the theatre, and is a founder of the women’s collective SoloSIRENs.

The collective was born out of Jenny’s view that there was a need for more women to have a medium in which to share their experiences, which was initially turned into a festival.

“This idea came to create a festival that showed the experience of being a woman,” said Jenny. “We decided to have an intergenerational and intercultural collective of women.

“We performed in the Peacock Theatre and then held the festival itself in the Civic in 2019.

“It was such a powerful project, and a real sense of community developed, and it became clear that it could be an ongoing project.”

The SoloSIRENs have continued and held a series of outdoor performances at the Civic Theatre last year called ‘Cessair’, centred on the story of a woman who set sail for Ireland. 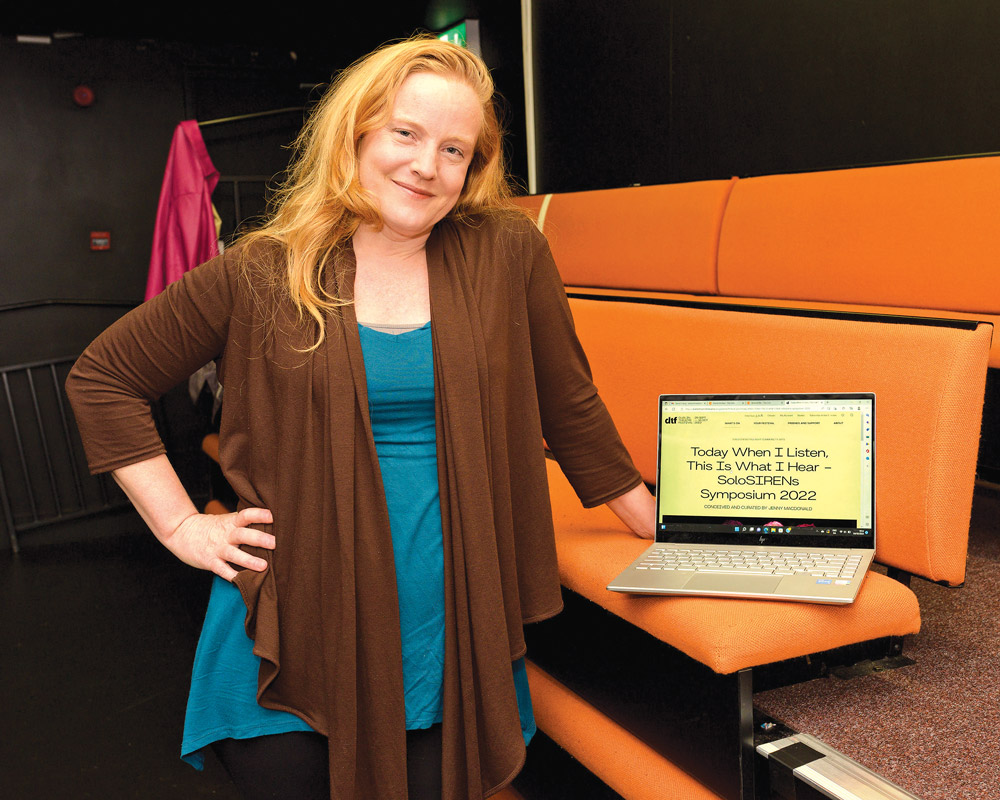 ‘Cessair’ will be the topic of a symposium held in the Long Room in Trinity College this week, and is one of many projects that Jenny is proud to have had a hand in.

Ultimately, however, Jenny said her greatest satisfaction comes from seeing the young people she’s mentored finding their own place within the theatre industry and seeing them soar.

“When it feels really gratifying, to the bottom of my soul, is when I see young people I taught or mentored stepping more and more into themselves,” she explained.

“To see people develop in that way, and to feel that I’ve been some small part of that process, I find that really exciting.

“I think what I’m most proud of is to have had the opportunity to give some knowledge and understanding to people who are just learning – it just makes me so happy when I see them flying.”