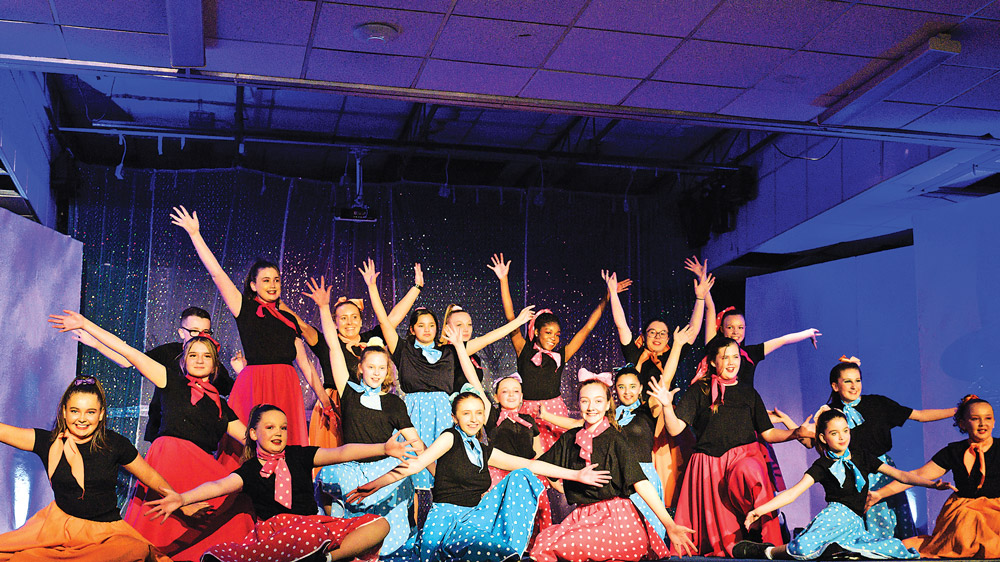 Students from Tallaght Community School performing on stage during the celebrations

IT IS 50 years since Tallaght Community School broke the mould and became the first of its kind in the country, and it continues to thrive today as a leader in education.

Tallaght Community School (TCS), the very first community school in Ireland when it launched in September 1972, recently received the news that it would be getting a new state-of-the-art building.

On Friday night, TCS had a 50th celebration in which it honoured the strong community school traditions of innovation and inclusivity that it helped establish in anticipation for its next chapter.

A special message from An Taoiseach, Michéal Martin TD, was played to those who gathered at the commemoration evening in TCS last Friday night.

On the night, there was a blessing from the first chaplain of the school, Fr Ben Moran, and memories from former English teacher, Pacelli O’Rourke.

“It was a super evening, we got on really well. Everybody was there, the trustees, the management bodies, parents, past pupils, teachers, past teachers – it was great,” Aidan Lynch, Principal of TCS, tells The Echo.

“I’m relatively new to the school, I started in 2019 and came from the outside. I would have been aware of the history of the school before I came into it.

“It’s a school that’s embedded in the community and has been for the last 50 years. 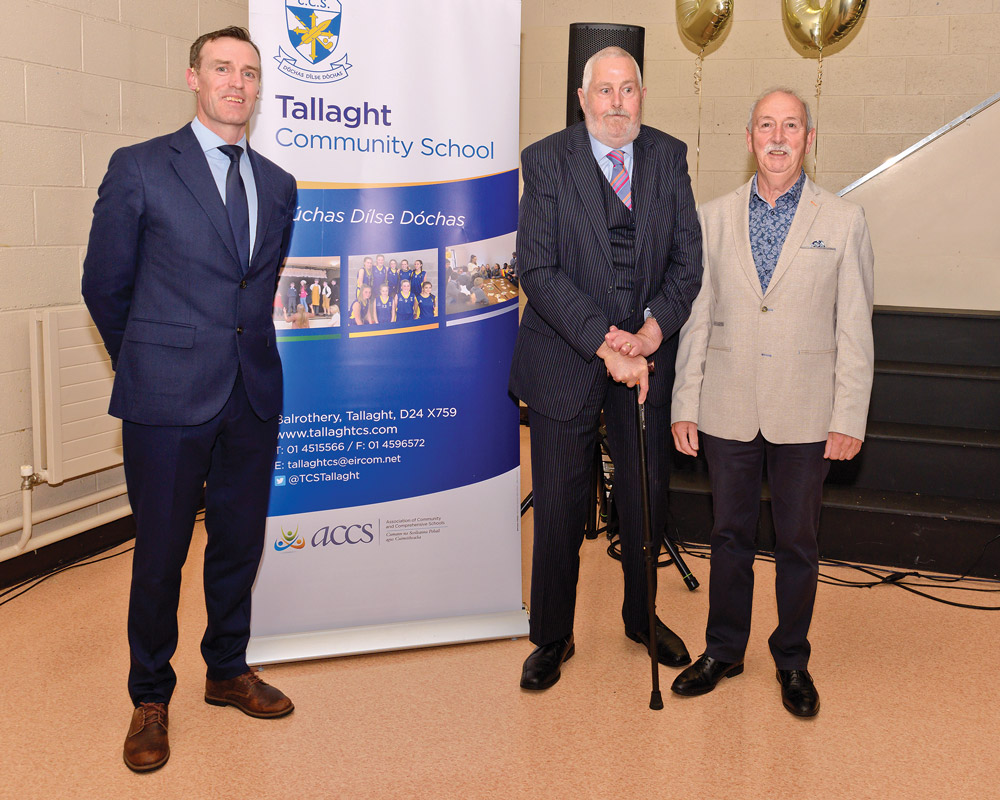 “I think the whole community school model at the time, there was a lot of controversy in relation to the religious trustees and vocational trustees coming together.

“When we look back and reflect on it now, it really is something that has gone from strength to strength even in terms of what our core values were and the success of the school.

“It’s great to look back but also it gives us focus looking forward to the future.”

TCS was majorly an outlier in what it was trying to achieve, a schooling-for-all model, and it developed a new tradition which it upholds today.

When the school opened, with around 400 students, it was a move away from the traditional secondary school model to focus not only on education for the traditional exams but also a broad range of vocational subjects.

Such was its experimental nature at the time, then Principal Padraic Heeran responded to questions from RTÉ about its survival with a “we’ll wait and see what happens” sort of response, according to Mr Lynch.

Recently, the school has struggled with the building which has served it over the 50 years and was due to undergo repair works to fix the leaky roof.

Today, with more than 800 students and 80 teaching staff, and with news that a project to provide a new 1,000-pupil school at a cost of around €23m, TCS is “thriving”.

During a visit to the school in June, Minister for Education, Norma Foley TD, handed over a letter from the Department of Education which contained the welcome news.

“It’s a hugely exciting time. We’ve had issues with the roof and the building, and we got the news in June when Norma Foley came to the school to announce the new building,” Mr Lynch says.

“It’s a real testament to everybody who has been involved in the school and real vote of confidence to everybody in the school, and the wider community, that the Department recognises the significance of what we’re doing and offering here.

“To put their faith in the school in agreeing that a new 1,000-pupil school would be built, it’s fantastic news and very uplifting for everybody involved.

“It really gives everybody of sense that we’re on a good path here.”