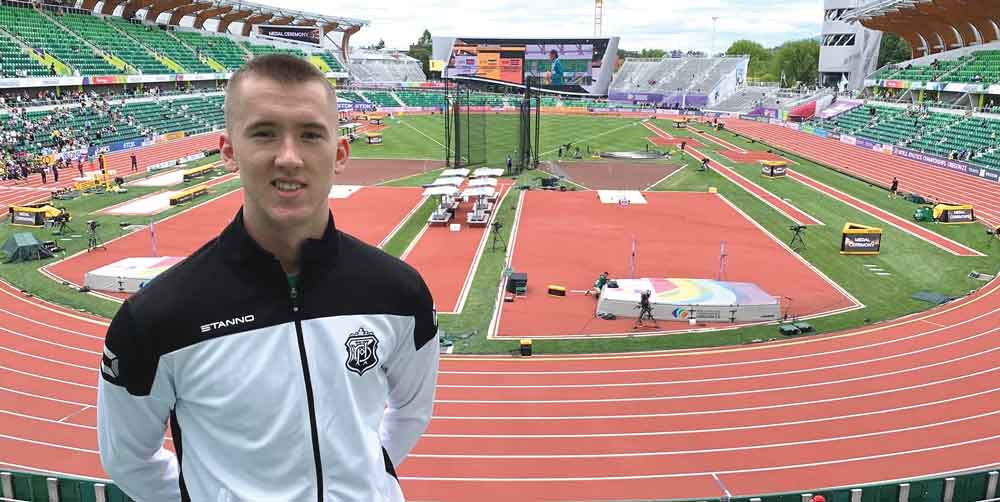 A weekend to remember for Donore

While their own Jack Raftery helped Ireland reach the final of the Mixed 4x400m Relay at the World Athletics Championships in Oregon, Lara O’Byrne, Louis O’Loughlin and Daragh McAuley all made the podium at the National Under 23 Track and Field Championships in Tullamore.

Raftery became only the third Donore athlete to compete on the World Senior Championship stage when he lined up for Leg Three of the 4x400m Mix Relay heats alongside compatriots Chris O’Donnell, Sophie Becker and Tallaght’s Rhasidat Adeleke.

Raftery took the baton in fifth place and some four metres down on the leading four teams.

With 120 metres to go and having to run wide, he passed German athlete Marvin Schlegel (46.17) and closed up to the leading three teams, emerging the fastest Leg Three runner in 45.37 as he handed over to Adeleke. 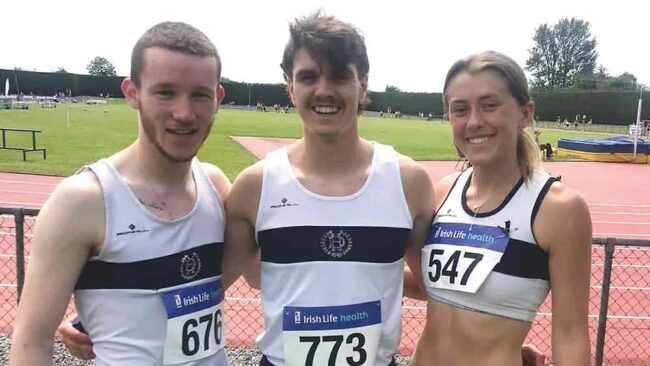 With Ireland now less than four-tenths of a second behind leaders, Dominican Republic, Adeleke set about closing the gap, overtaking the Spain’s Eva Santadrian before pipping Tiffany James of Jamaica down the home strait for second place and automatic qualification for the final.

The loss of Adeleke to illness was a huge blow to Ireland’s cause in the final, but still Raftery and the remaining team members along with new addition Charlene Mawdsley, turned in a gutsy performance as they finished eighth – the Donore man clocking his second sub-46 second time at the event when he ran 45.90.

Back home, Lara O’Byrne from Lucan carded a haul of one gold and three silver at the National Under 23 Track and Field Championships while her clubmates Louis O’Loughlin and Daragh McAuley scooped gold and bronze respectively.

Multi-eventer, O’Byrne kicked off the competition with a silver medal in the Shot Putt following a best effort of 10.22m before equalling her personal best in the High Jump when she cleared 1.65m on her way to another runner-up finish.

The Donore athlete finally struck gold in the Javelin in which her best mark of 29.86m staved off the challenge of Abbey Fitzgerald who threw 28.86m to finish in second place with Sasha Barrett-Ferris of City of Lisburn AC third.

O’Byrne completed her medal haul with a silver in the 100m Hurdles, clocking a time of 14.41 that was just one-hundredth of a second off her own club record.

Lining out in defence of his National Under 23 800m title, O’Loughlin from Clondalkin worked hard to keep pace with early leader, Jake Bagge before moving to the front with 200m remaining after which he eased to victory in a time of 1.51.21.

McAuley, meanwhile, earned a new personal best of 56.84 to claim bronze in the 400m Hurdles behind Eoin Sharkey of Tir Chonnaill AC and winner, Ciaran Nugent of Carraig-Na-bhFear AC. In the National Under 20 Championships, the Bolton brothers, James and Thomas finished eighth and 14th respectively in the 3000m.