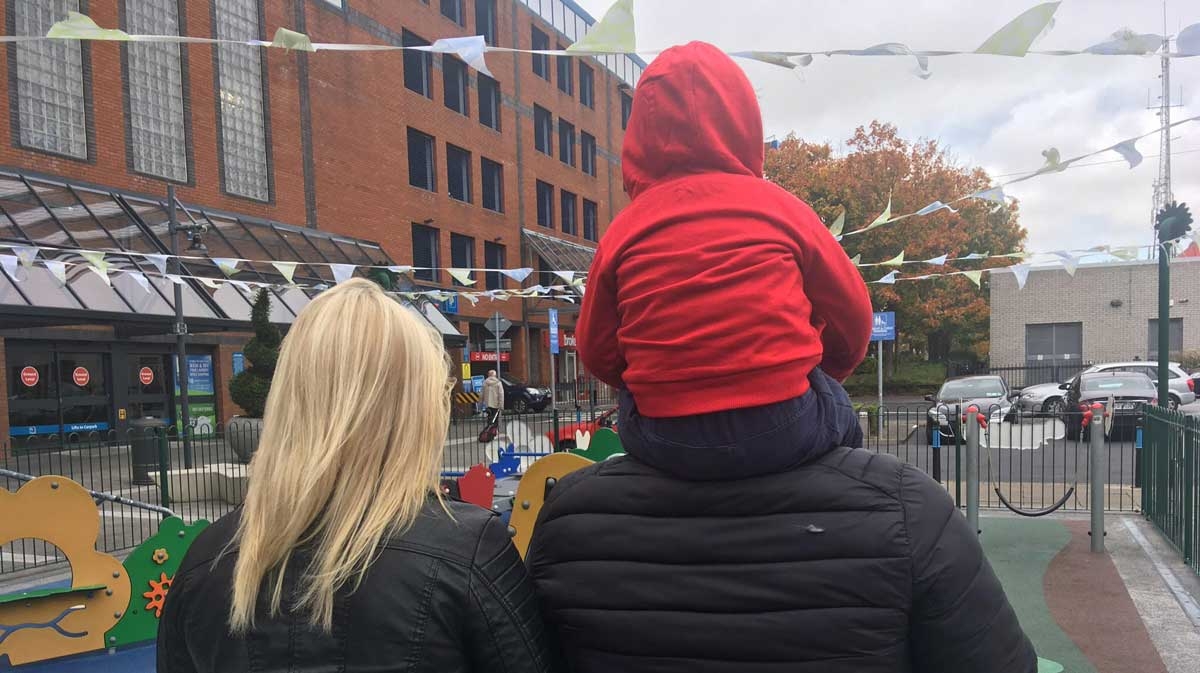 The Abberley Court Hotel will officially become a Family Hub next January, and one family living in Abberley spoke to The Echo about their time in the emergency accommodation system.

The Family Hub model of accommodation was proposed by the Department of Housing as an alternative to emergency B&Bs and hotels, providing wrap-around services and meals to families.

The Dublin Regional Homeless Executive (DRHE) will lease the hotel for ten years and the project is being led and financially supported by South Dublin County Council, with DRHE saying that the hotel will appoint a manager.

There are current plans to turn the second-floor nightclub in the Abberley into 12 bedrooms.

DRHE told The Echo that the Family Hub will include large playrooms and homework rooms for children and cooking facilities.

It is expected that an estimated 40 families will be housed there and charged €40 a week for their stay.

Nineteen-year-olds Patrick and Caitriona have been homeless for seven months with their one-year-old son J following a breakdown in relations with their respective families.

The couple say they moved into the Abberley three weeks ago after months in commercial hotels and hostels across Dublin, and said they were sometimes advised by one homeless agency to sleep with J in the waiting room of their local garda station.

They said they are treated with more compassion by the staff than in previous places and their stay is more long-term than in commercial hotels.

Caitriona said: “Before, we didn’t know where we were going to be sent each night. You’re ringing Focus Ireland in the middle of town at night, there’s bad people walking around. There’s junkies hanging outside of the Focus office that bother you, they try and touch your child.”

However, Patrick said their day is mundane and routine. “The walls close in on you. Our day is spent at the playground with J and then back for dinner at 4pm. You need money to do things, and we have to save any money we get now for Christmas.”

Patrick believes that the Family Hub model could become a long-term solution for homelessness: “We’re afraid people are going to be left in Family Hubs for a long time.”

Patrick said he also fears that J will grow up with a skewed sense of normalcy.

He said: “We’re lucky he’s such a happy baby. You could give him his soother or a piece of paper and he’d be happy.

“But his first birthday was in a hostel. His next Christmas is going to be in a hotel. All you want on Christmas is to go into a sitting room with a tree and presents and go into another room to get your dinner.”

The young couple said they have been told by the council that it could be eight years before they are allocated a council home.

Although they qualify for the Housing Assistance Payment (HAP) scheme, they say that it is futile – landlords simply aren’t accepting it.

Caítriona said that she never imagined she would be homeless at 19. She said: “We didn’t choose this. It’s just happened. We’re trying to provide for our kid,” she said.

“People think that because you’re young, that you’re just looking for a free house. If I was able to talk to my ma and dad, I wouldn’t be here. Neither would Patrick. Sometimes you have to leave home, you have to try and find somewhere and provide for your kid.”