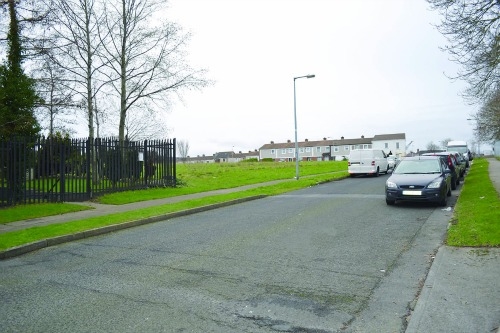 A NURSING home development for a site located beside the Scout's Den in Tymon North will go ahead, after permission for the development was approved following an appeal to An Bord Pleanala.

The development was initially granted permission by South Dublin County Council back in August and the decision was appealed by AAA cllr Mick Murphy, raising concerns with the scale of the development. Following the decision, cllr Murphy said: “I think it is quite an incredible decision".

“To suggest that a building which has a 15 per cent larger footprint than the Basketball Arena on a two acre site in the middle of a residential area somehow constitutes a retirement village and, according to An Bord Pleanala, will not seriously injure the visual amenities of the area, or the residential amenity of the properties in the vicinity, and would be acceptable in terms of traffic safety and convenience is quite frankly laughable.

“In our original submission we argued for a much less intrusive development such as the one in Kiltipper Woods.

“ABP could have come down in favour of something like that but choose to allow this monstrosity to go ahead instead. This is one decision that we will be pushing them for an explanation on.”

Support for the development came from Labour councillor Mick Duff and Fianna Fail councillor Charlie O’Connor, who are both members of the Dublin Mid Leinster Regional Health Forum.

Cllr Duff told The Echo: “It’s very much a welcome decision. I’ve spoken to the HSE and the intention is to have the door open within two years.

“Leading up to the development, they were very transparent and met with the local community at an open meeting and there’s no doubt that will continue.

“The intention is to carry this out with the least amount of inconvenience and make sure there’s no disturbance at all times.

“This will benefit the local community with a daycare facility and the potential for jobs, which I would hope will be filled by people in the local area.”

Cllr O’Connor called the development an “important project” and noted the “aging population” in Tallaght.
He said: “I get calls on a regular basis from people who have an elderly family member and who are looking for a bed in a local nursing home.

“It’s a good decision, and it will be great to see a modern nursing home in Tallaght that can cater to these families.”