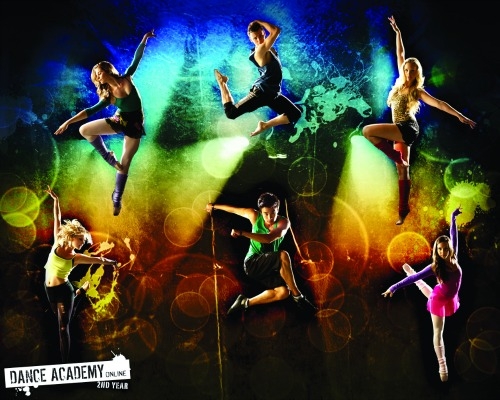 SINCE opening its doors in Tallaght back in July, The Empire Dance and Performing Arts Academy has already made its name as one of the leading performance academies in the county.

Based on Cookstown Avenue, only two minutes walk from the Belgard Luas stop, The Empire Dance and Performing Arts Academy has already seen its students win both World and National competitions, appear on the TV3 Toy Show and perform for Dance Moms star Abby Lee Miller.

As the academy continues to grow, plans are already in place to evolve and incorporate a casting agency into The Empire Dance and Performing Arts Academy, creating opportunities for its young students in the show business industry.

With over a decade of experience in the show business industry, Gerard Ledwidge and Lana Kearns along with their teaching staff are fully qualified and create a fun atmosphere for kids to perform in their state of the art studio.

As they prepare to launch the academy's Saturday classes on January 16, Gerard took time out of their busy preparations to talk to The Echo about the classes and the great success of their students so far.

Your new term of Saturday classes starts on January 16, tell us a bit about them.

Our Saturday classes are non-competitive, and they are for children aged from four all the way up to sixteen. The classes take place from 10am through to 4pm and include musical and stage performance, breakdancing, gymnastics, baby ballet and hip hop. The classes are primarily focused on beginners, but if any kids that take part have experience they can then become a part of our freestyle dance academy which runs throughout the week.

What can parents and children expect from attending a class in The Empire Dance and Performing Arts Academy?

Each of our classes bring out each individual child’s personal best. They help to build confidence and self esteem. The kids also get to meet new friends that they will have for years to come. This all takes place in our studio, which is the largest studio in the Tallaght area and has a very friendly, dance family atmosphere.

What are some of the successes the academy has had since it opened in July?

So far, within the year, we’ve had several World champions and National champions within our students. A number of our students also featured on the TV3 Toy Show with former Rose of Tralee Maria Walsh and Brian Ormond.

In August, our students also had the pleasure of performing for Abby Lee Miller with one of them invited to take classes at the Abby Lee Dance Company this year. Abby also commended the work we do at our studio. We’ve also been nominated and shortlisted in the Top 3 for the prestigious Le Classique award for Dance Teachers, which will be announced in March.

Tell us a bit about the teachers in The Empire Dance and Performing Arts Academy.

All of our teaching staff have impressive CVs. We’ve been working in show business for over a decade and we’re all fully qualified and fantastic with the kids. Between myself and Lana, we’ve taken part in competitions and shows and have done some movie work which is why we’re setting up our casting agency later this year.

Is a casting agency something you’ve always wanted to do?

Yeah, it is. I would have done a lot of the work that a casting agency presents myself when I was growing up. Work as an extra, TV work, that sort of thing. We want to set it up to give our students greater opportunities at working in the show business industry.

The Empire Dance and Performing Arts Academy will begin its non-competitive Saturday classes on January 16, with limited places also available in the freestyle dance academy which takes place during the week.

Discounts are available on multiple classes and for families with two or more children. Further information can be found on Facebook by searching ‘The Empire Dance & Fitness’ or by contacting Gerard at 0852371062 or Lana at 0851359825.