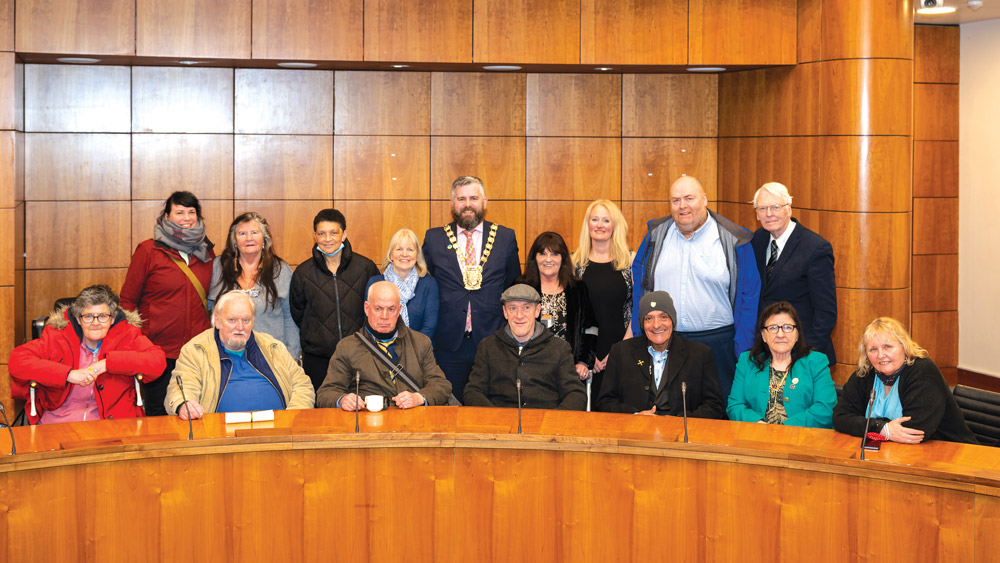 Acknowledging the past allows survivors move towards a better future

A RECEPTION in honour of survivors of institutional abuse was held in County Hall, Tallaght, on Tuesday, April 12.

The reception was held by Mayor Peter Kavanagh, following on from a proposal by Independent councillor Francis Timmons for the event to be held.

Cllr Timmons, who is also a survivor of institutional abuse, said: “For a long time, many survivors, firstly, felt no one would listen to them, and secondly, that no one would believe them.

“Our truth is now being spoken and many of us are on a journey to healing. Many of us lived the trauma of abuse, vaccine trials and the institutions.

“We live daily with the loss. I ask people to listen to survivors.”

The event saw speeches, poetry, a play and music from survivors and was organised by Terri Harrison, a human rights campaigner and a survivor of a mother and baby home.

Speaking at the reception, Mayor Kavanagh said: “Acknowledging the past allows us to move towards a better future, to live with our past but not to be defined by it. 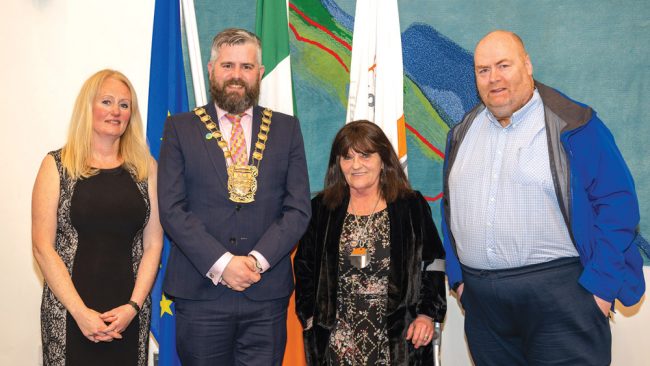 “We came together tonight to listen to survivors and create a space for community healing.”

Cllr Timmons addressed survivors at the reception, ahead of the music and poetry performances.

Cllr Timmons spent the first few years of his life in Madonna House Institution, where he was used as part of the vaccine trials before being adopted.

In October 2020, he wrote a letter to his younger self outlining the pain and abuse he endured.

“I did it in the context of the Mother and Baby Homes. Madonna House is not included in the Commission report, but I wrote it because real people are at the end of this,” he said at the time.

“Official estimates indicate 57,000 survivors are alive, and I’m one of the younger ones, I’ll be 50 next year.

“There are people in their 80s and 90s who will go to their grave never knowing the truth. A lot of voices are not being heard.”