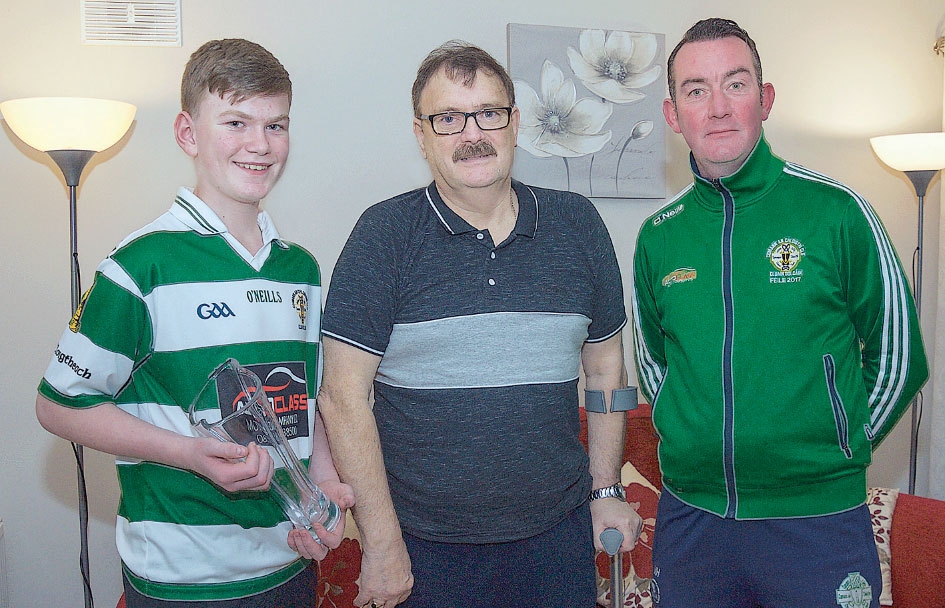 ‘Adam would rather be with his dad than go out’

A CLONDALKIN boy was presented with a special award on October 22 from Family Carers Ireland and announced as one of Ireland’s CarePlus Pharmacy Young Carers of the Year 2017.

Adam Hyland, a 14-year-old boy, helps his mother and brother and sister care for his father, Pat, who is suffering from multiple illnesses.

Pat began feeling ill six years ago, with the pain affecting him from head to toe and due to his allergic reaction to the chronic pain medication, Pat was unable to tell if he needed a knee replacement as early as he would have otherwise.

Adam has a very strong bond with his father, a bond that grew ever stronger after his father became ill.

“I love enjoying bonding with my dad,” said Adam on RTÉ’s The Late Late Show on Friday, November 24.

On a day-to-day basis, Adam will make sure his father is okay in the morning before school, make him tea and food, watch football and movies together, and on good days, Adam will take his father out of the house to go to the barber, shopping and to Adam’s football games.

Elaine Hyland, Adam’s mother, said: “Adam would rather be with his dad than go out.”

A great big help to the family and Adam, is Adam’s Round Tower GAA football manager and mentor, Mark Hampson, who provides Adam support on his good and bad days.

Whenever Adam is having a bad day, Mark will take him off the field and talk to him.

Mark said: “I explain to him that he should be a kid, to just be happy when he is on the field. His dad would want him to be happy and not stressing over adult things.”

Adam was one out of four to be announced a Young Carer of the Year 2017, and to receive a special award for their care of a loved one.

To check out Adam’s appearance on The Late Late Show, go to www.rte.ie