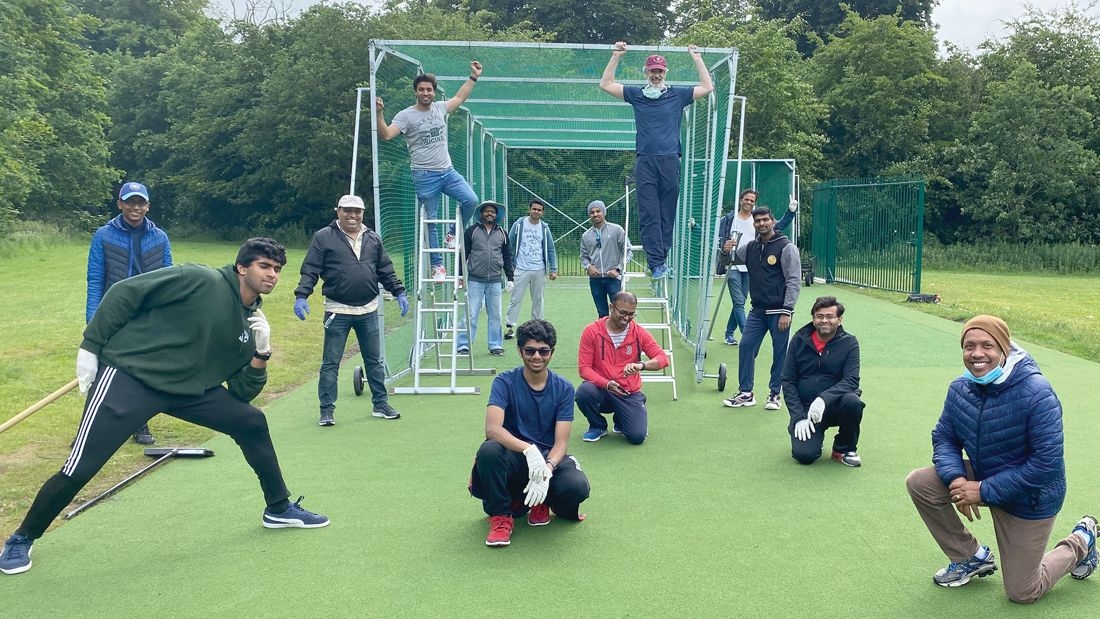 ADAMSTOWN are among the 118 cricket clubs across Ireland who have been taking their first tentative steps back into training this month.

The club which caters for in excess of 200 playing members across some 15 teams in the adult and junior ranks, saw a number of them return to the pitch from last Monday.

Yet Adamstown Club Development Officer, Olag Sivanantham has under-scored the many problems the club still faces both on and off the pitch.

“It [the return to training] is all being done while adhering strictly to the safety guidelines that have come down from Cricket Leinster and Cricket Ireland” he said.

“The players have been itching to get back out, but I supposed the biggest challenge will be to keep them all engaged because we really can only have 15 players a day so it looks like we’ll be training right throughout the week.

“At this stage we can only train, we can’t play any games until the 20th of July so that’s hard.

“But if restrictions ease up quicker, we might be able to get back a couple of weeks earlier which would help. We’ll get to play more games.”

The club was also hoping to be playing out of a new state-of-art cricket facility in the planned Airlie Park development next year, although Sivanantham suspects they will have a longer way for that.

“We were hoping to have it ready for the start of next season in 2021, but my fear is that, with the delay in starting work on it, it won’t be ready by then. We haven’t had any more visibility on that at the moment.

“The area needs a sports facility like this. Adamstown is growing and there are plans for additional schools and playgrounds so this is an important facility for the area” he stressed.

The club, which has the use of indoor nets in Adamstown Community Centre, currently operates out of Corkagh Park and they will need to hold on to their facilities there even when Airlie Park is developed in order to help cater for their numbers.

Right now Adamstown fields eight teams from Division Five in the Leinster League right the way through to Division 18 with eight junior teams in operation also.