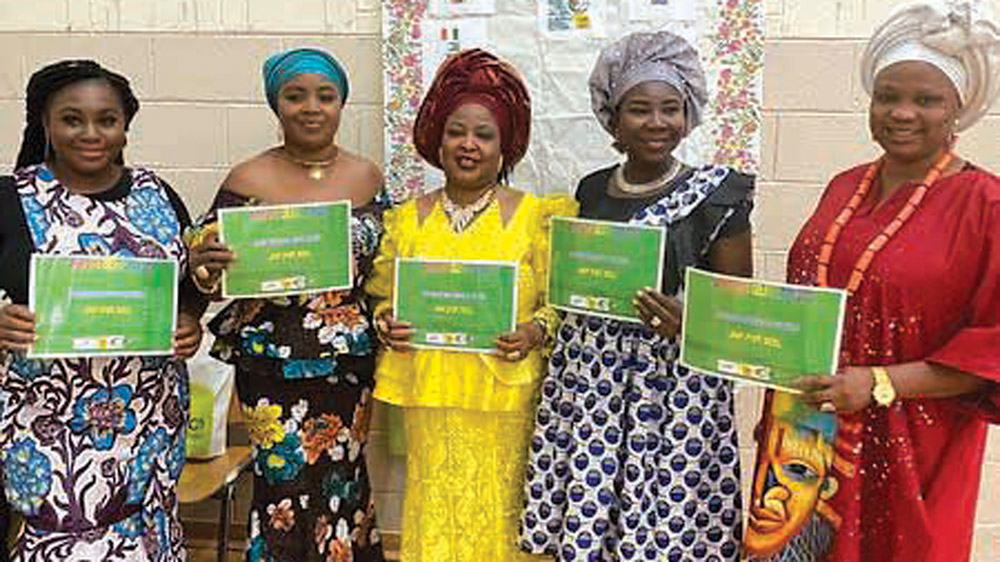 Africa Day Parents of the Year proudly hold their certificates

Africa Day celebrates culture and heritage within our community

AFRICA Day, which took place on May 25, was marked by a series of well-attended events around the county.

Jobstown woman Yemi Ojo, who is originally from Nigeria, helped to organise two events to mark the occasion.

The first event took place in the Jobstown Community Centre on Saturday, May 21, and was organised by IACI (Integration of All Children in Ireland), of which Ms Ojo is a member.

Over 70 people attended the exciting event, and were treated to an awards ceremony, live music, dancing, games, presentations on how Africa Day came about, and assorted African cuisine.

Ms Ojo said she wanted to thank all of the participants “for making the day a colourful, fun and enjoyable day.”

She also extended her thanks to the South Dublin Social Inclusion Unit for sponsoring the event, and to the Jobstown Community Centre for providing the venue.

On Africa Day itself, May 25, Ms Ojo organised a well-received event in Chamber House in Tallaght, where she works as a family support worker.

Mayor of South Dublin County, Cllr Peter Kavanagh, was the special guest at the event which had the theme ‘Taste and See’.

Attendees were treated to a variety of African foods at the event, which was organised by Ms Ojo and Túsla’s Dublin South West Prevention, Partnership and Family Support Programme. 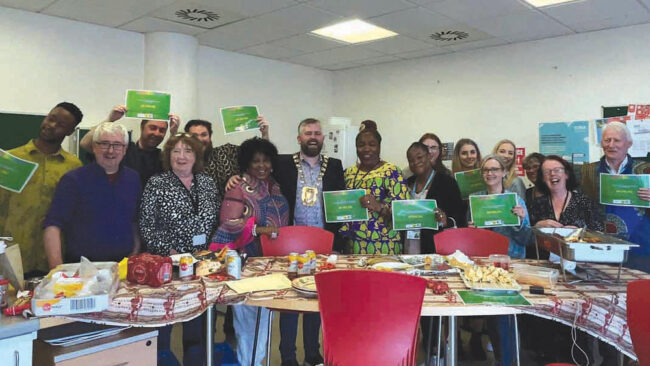 When asked what it meant to her to celebrate her African heritage within the Tallaght Community, Ms Ojo told The Echo: “It meant a lot.

“It meant celebrating my culture with my Irish community and members of the ethnic community.

“It meant having fun while creating awareness of African culture, with presentations, live music – and, of course, food.”

Ms Ojo added that she wanted to thank her boss, Elizabeth McGowan, for her support with the event.

Going forward, Ms Ojo said she plans to hold these events again to mark Africa Day on an annual basis, as they were so well received.

Other events were also held around the county by South Dublin County Council to mark Africa Day.

A seminar, titled ‘Why African History is World History’, was held in Finnstown House in Lucan, while in Adamstown a Lucan Africa Day Festival was held by the Adamstown Summer Camp.